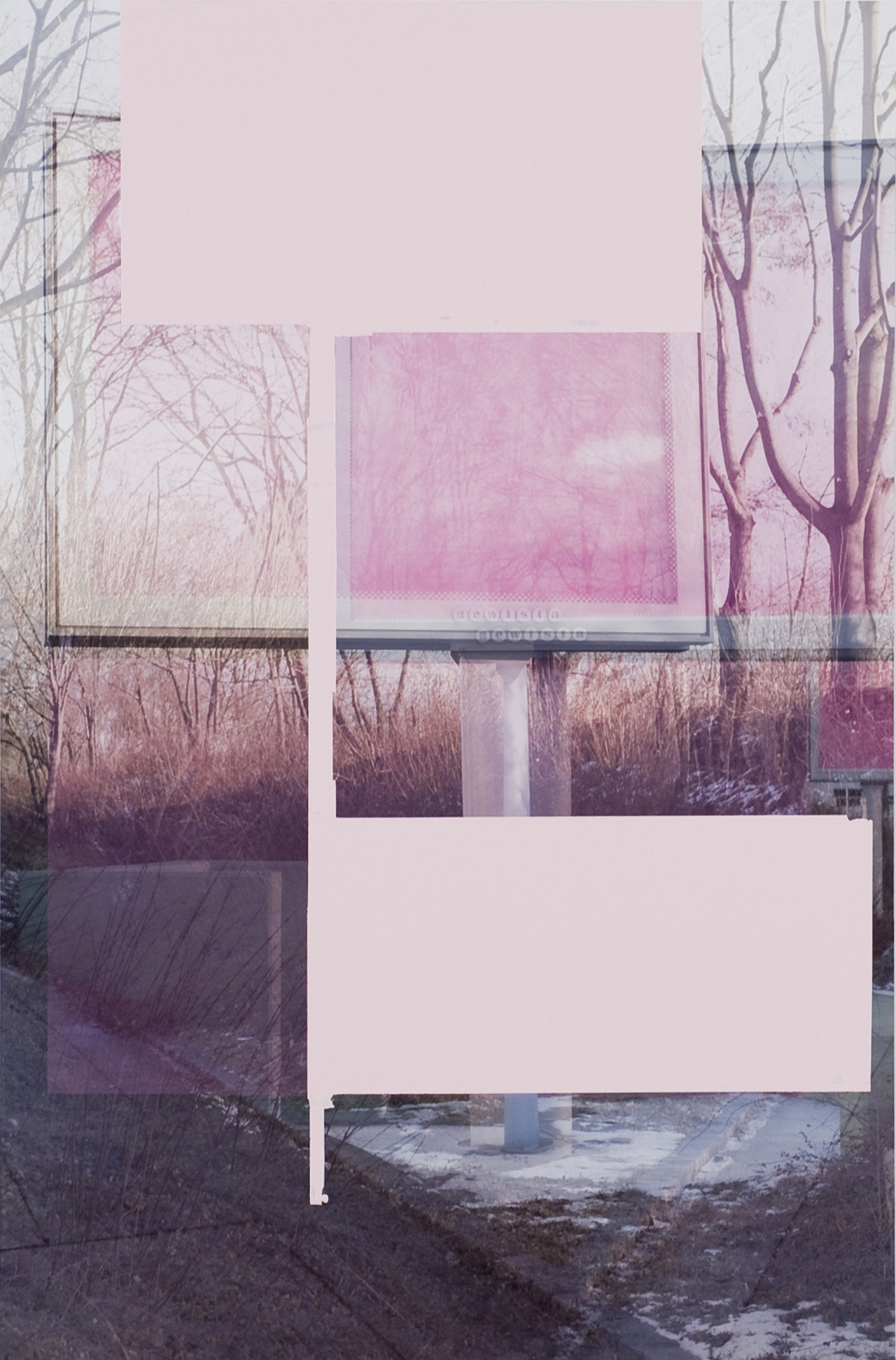 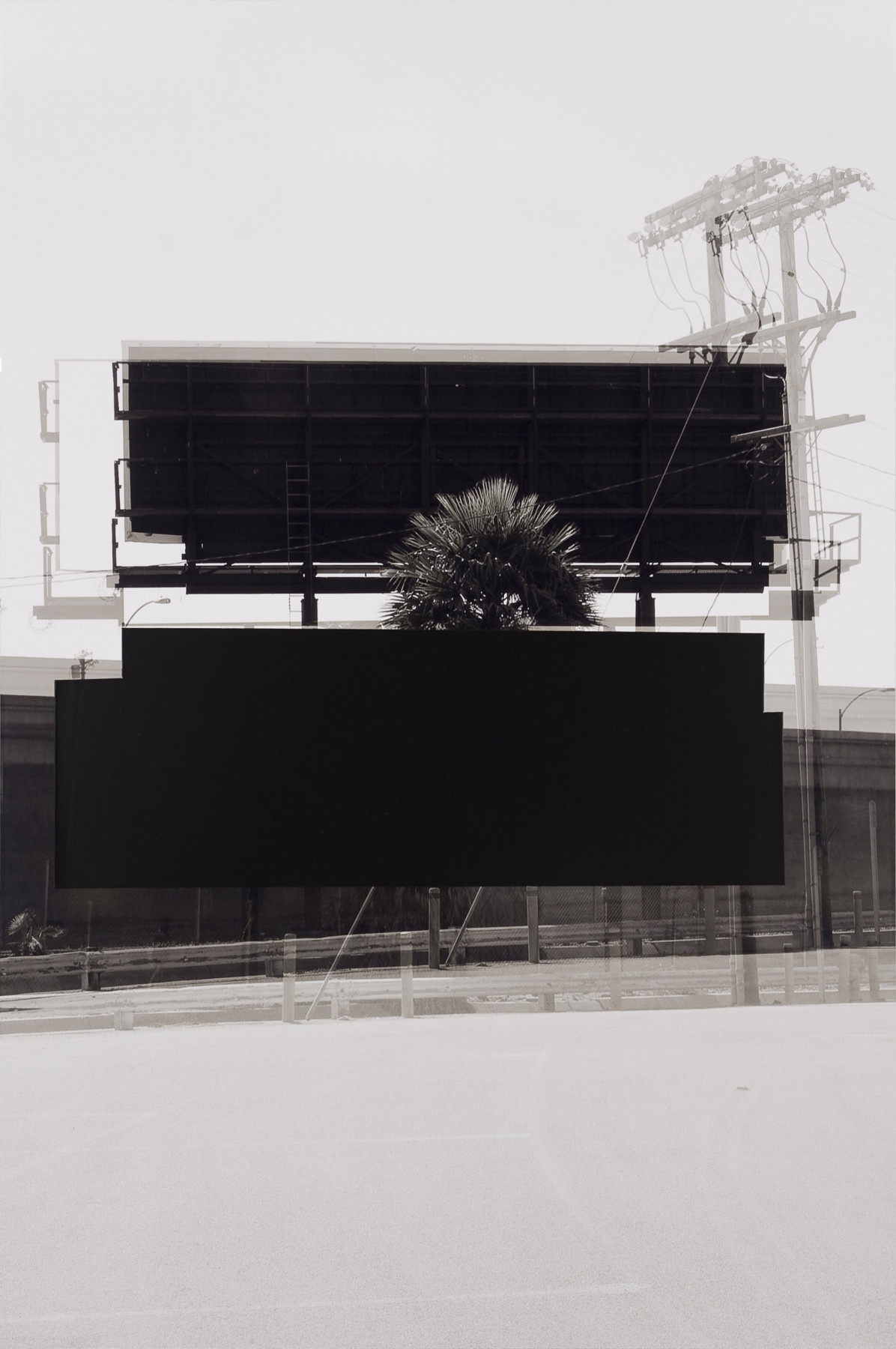 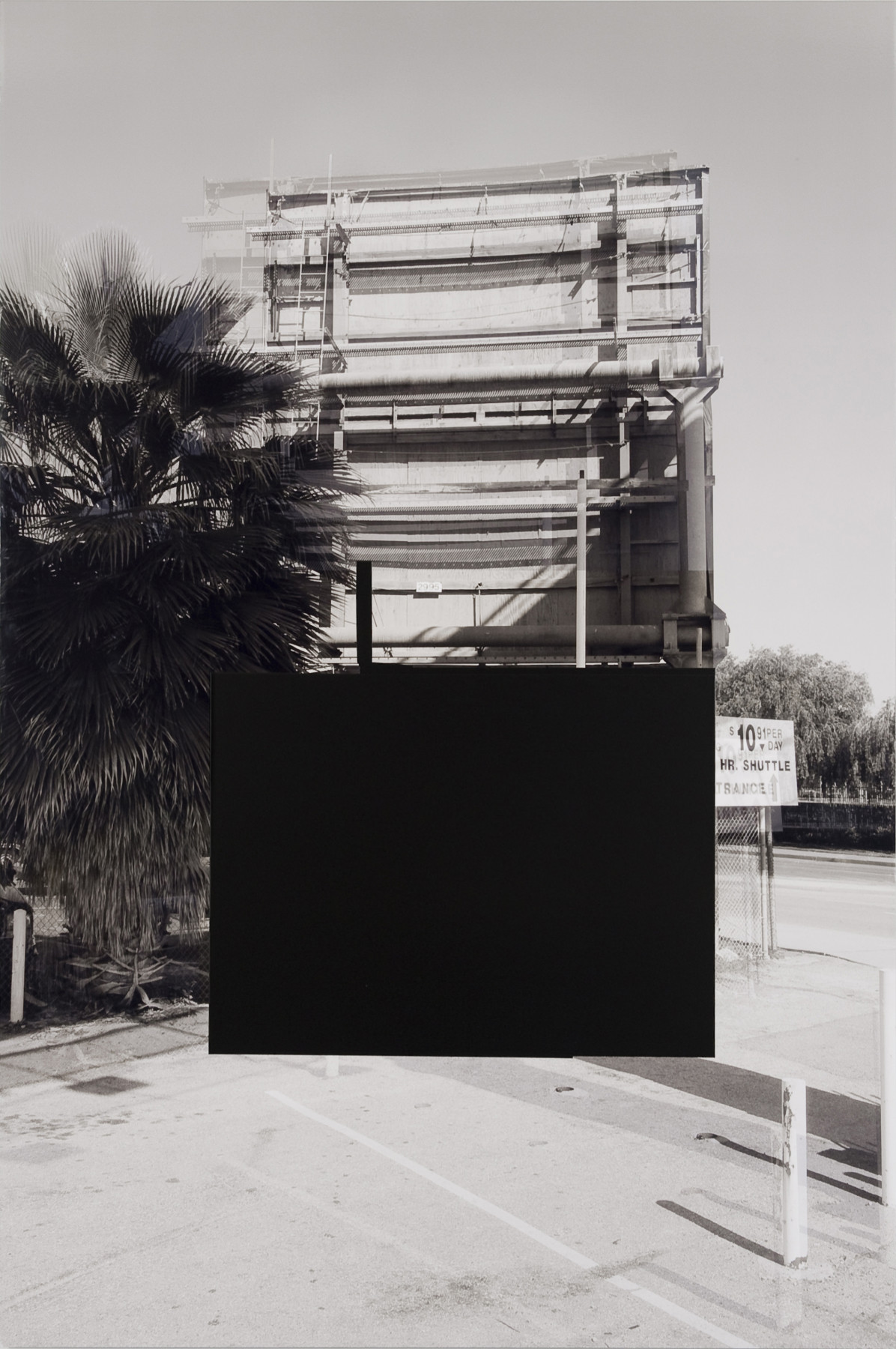 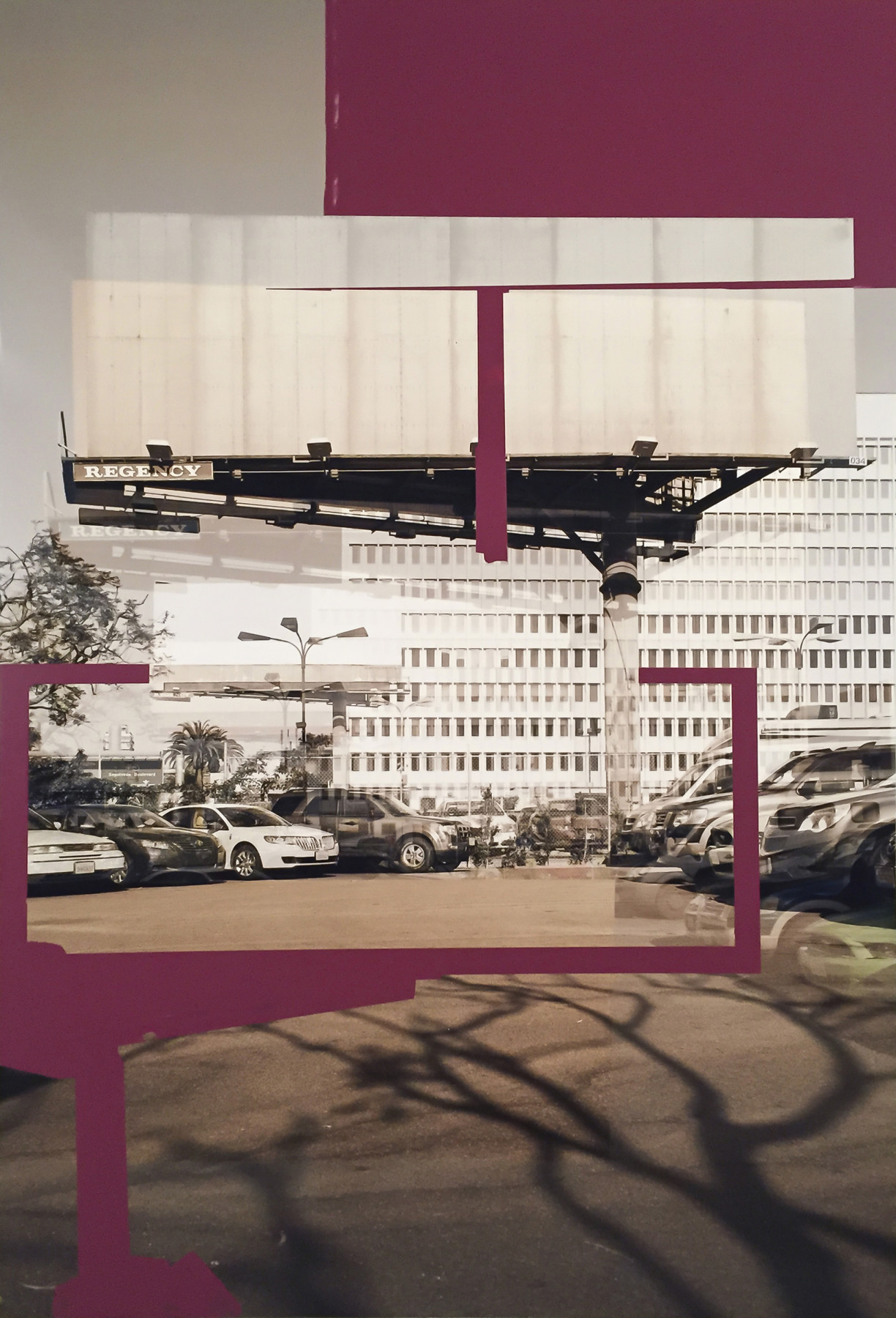 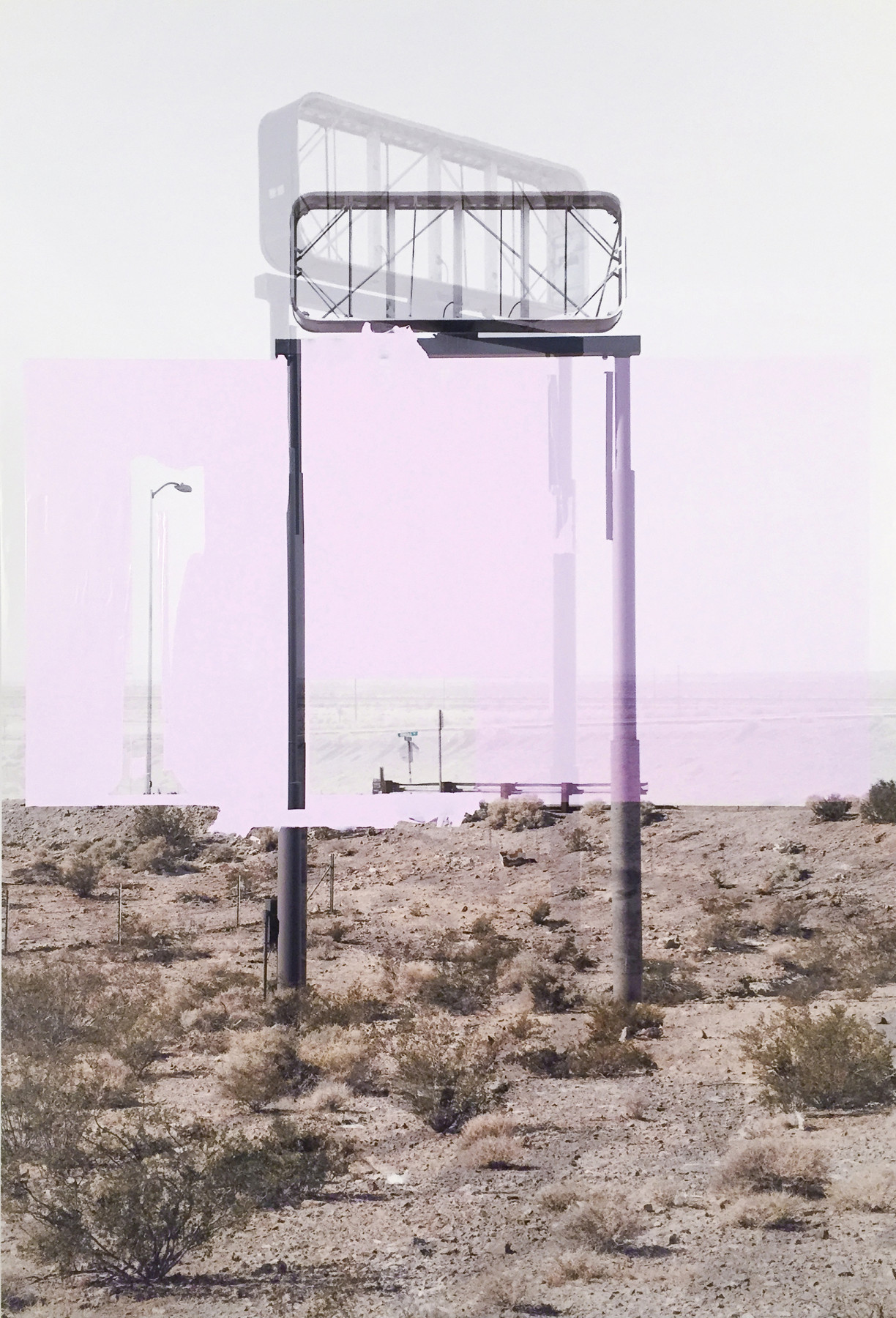 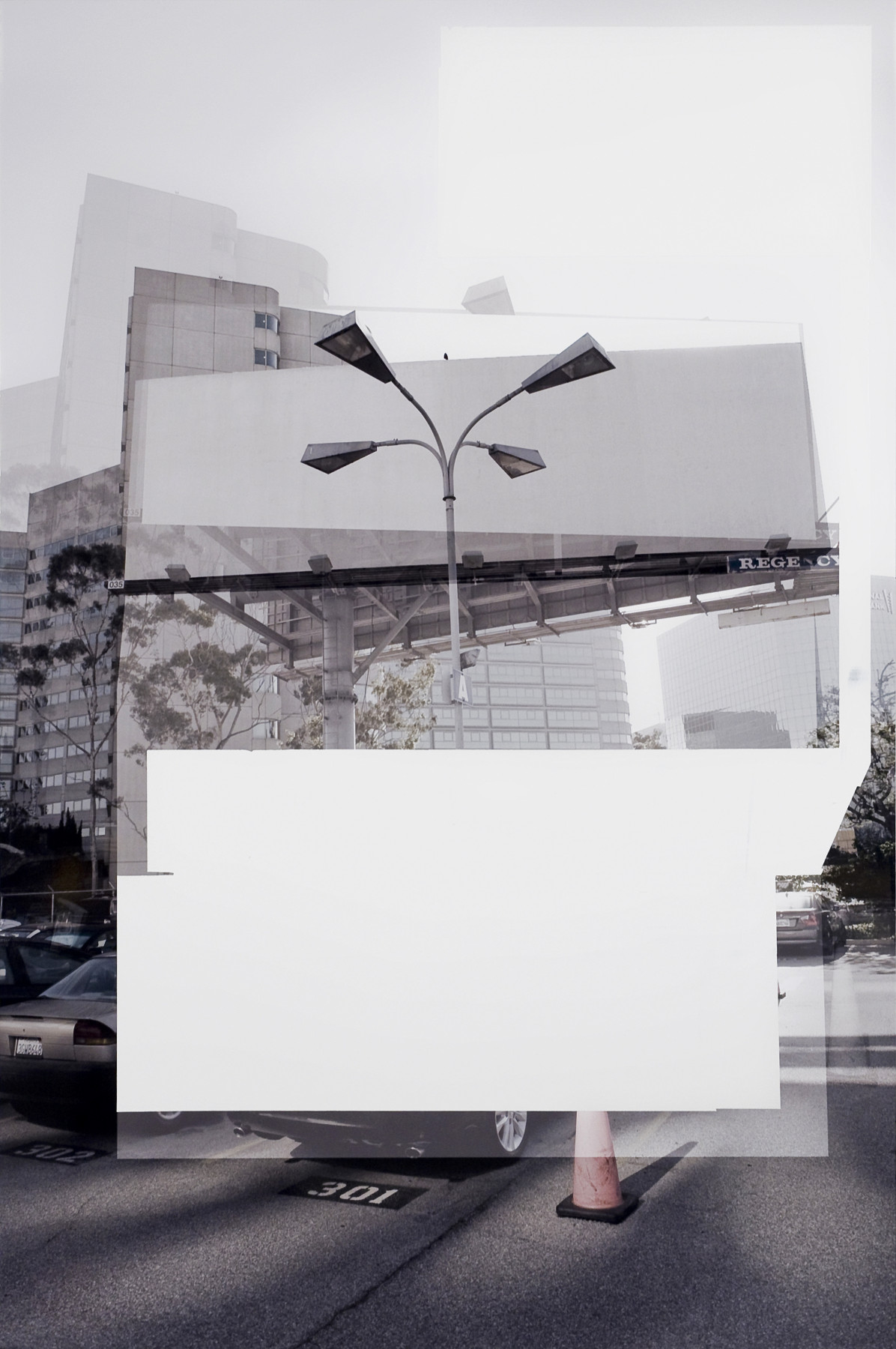 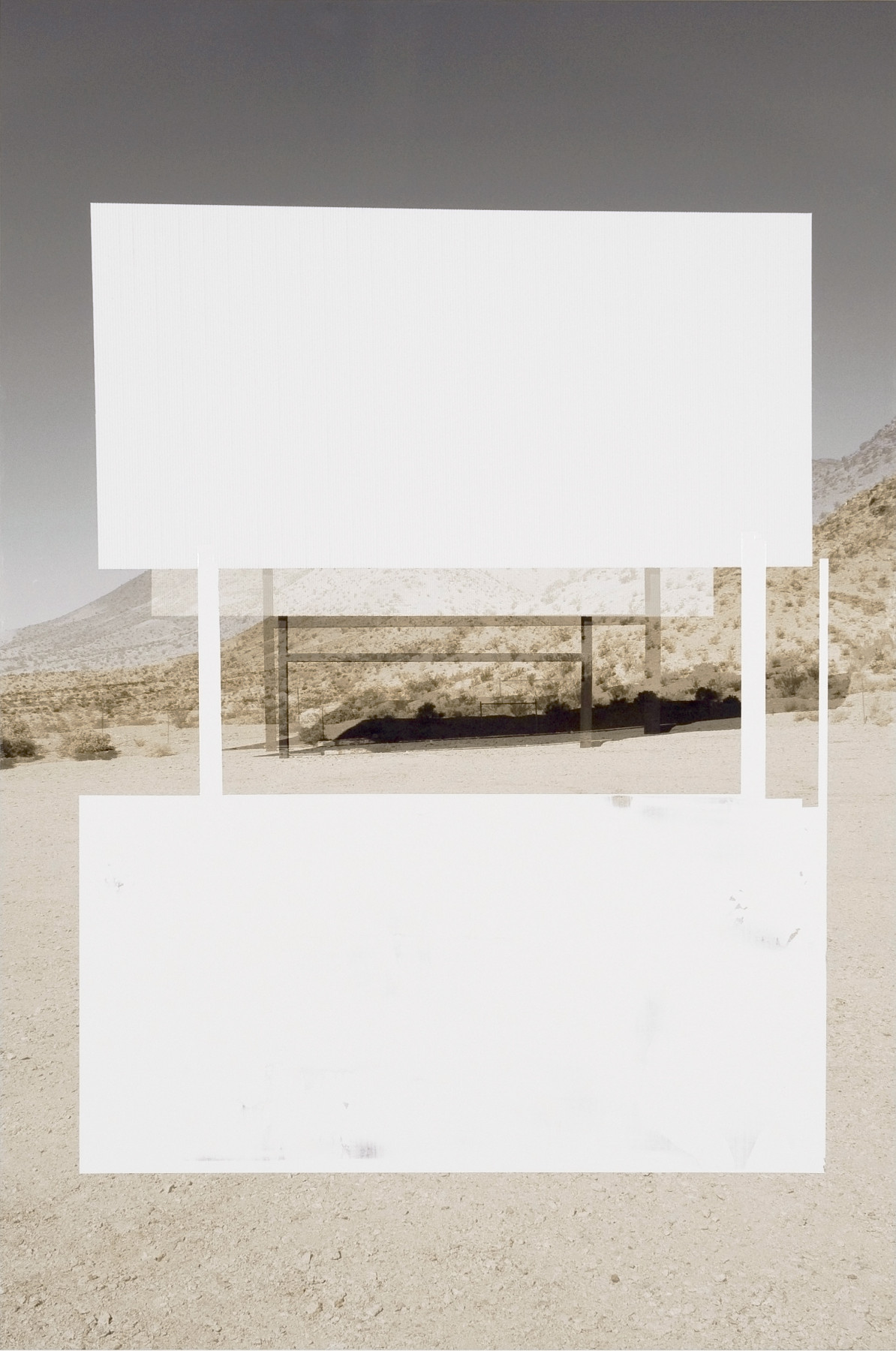 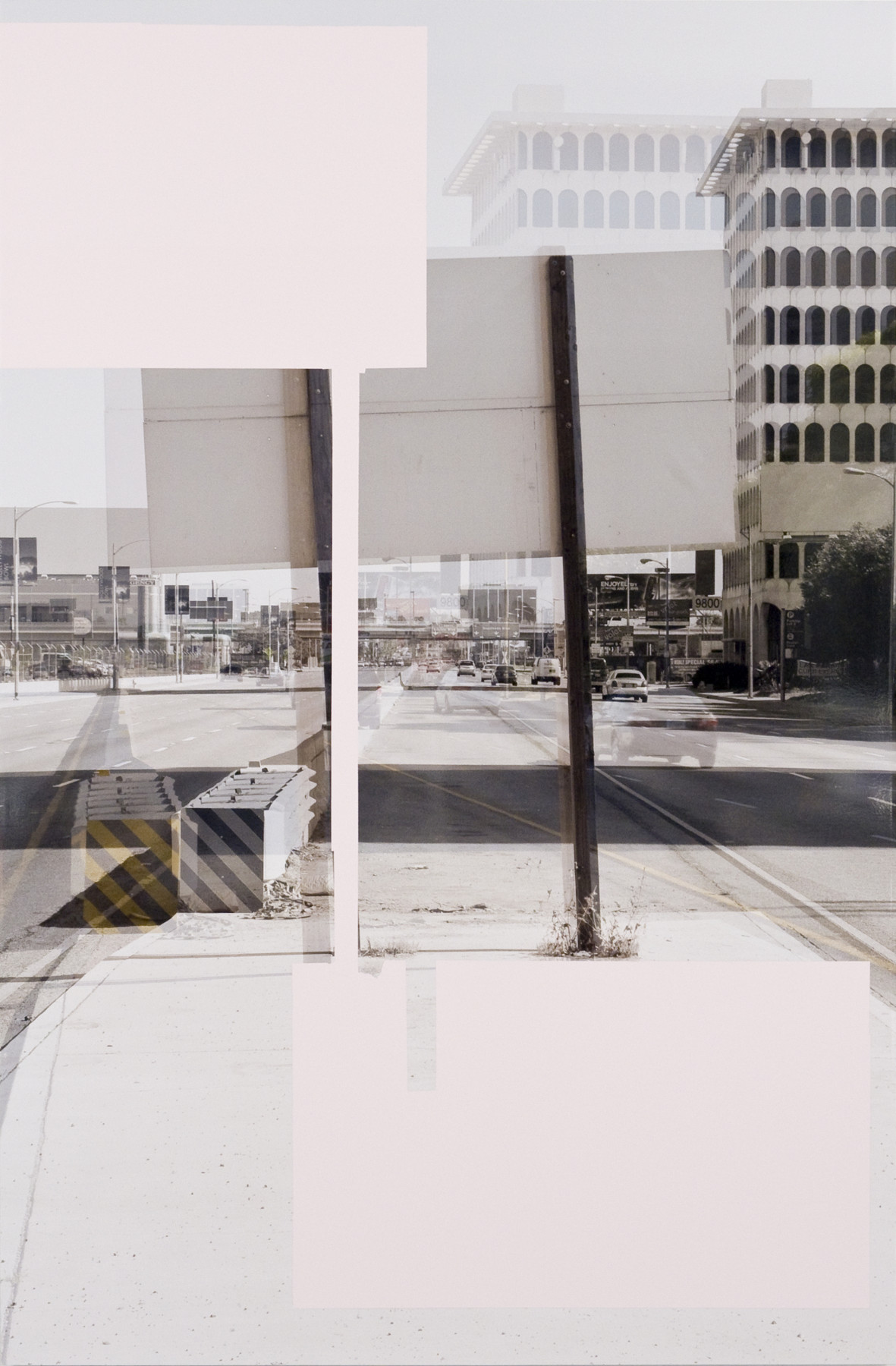 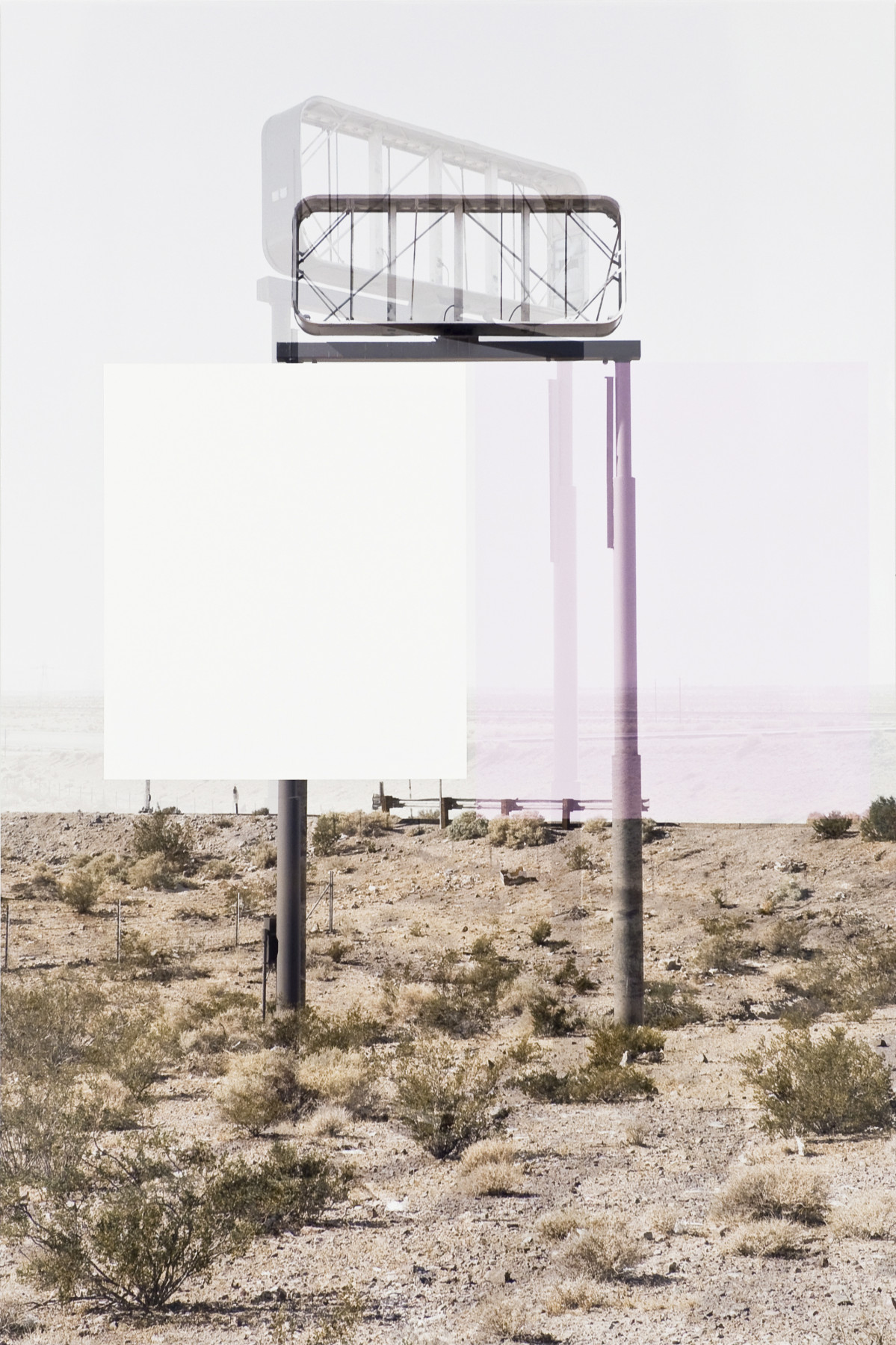 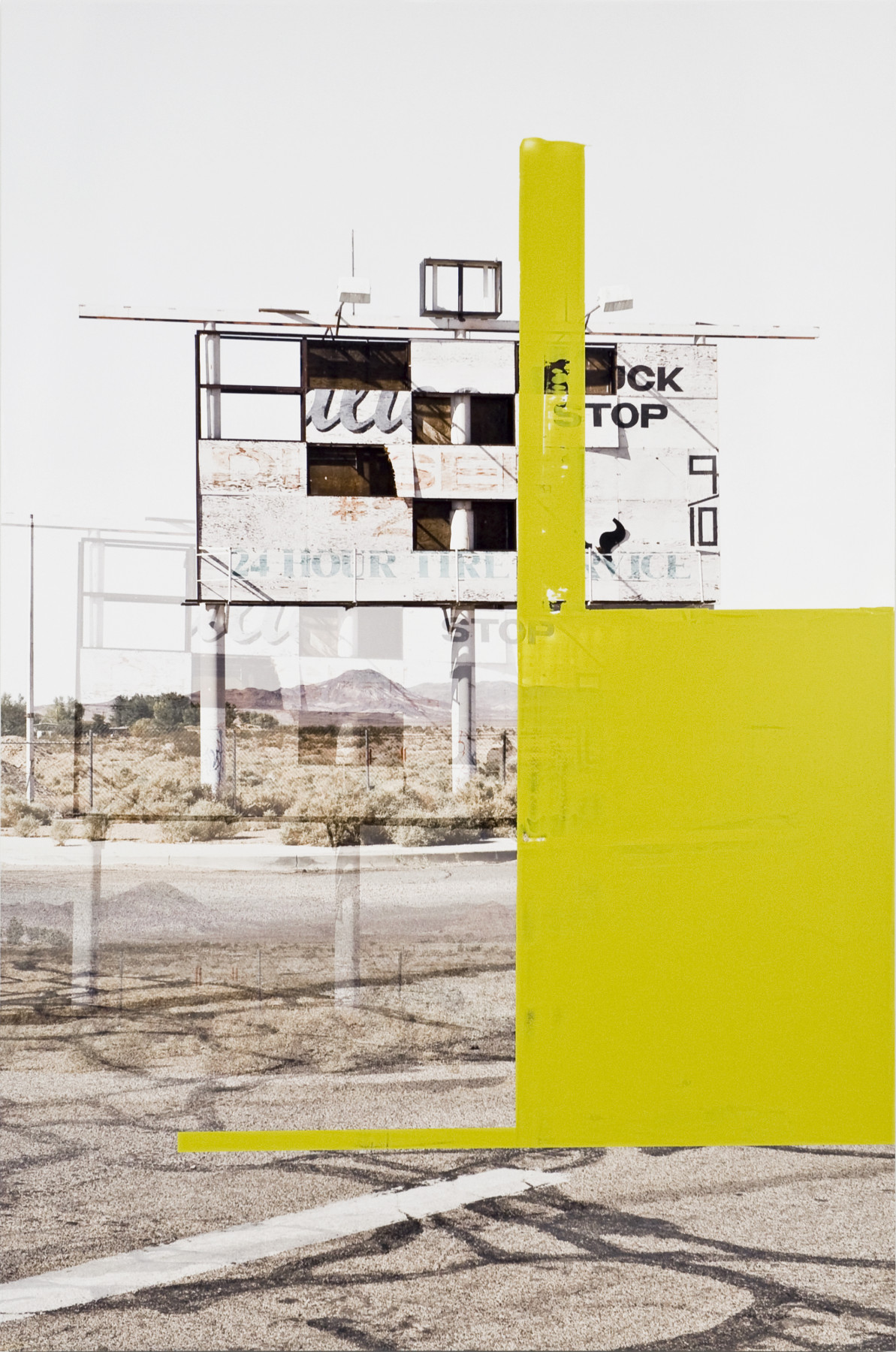 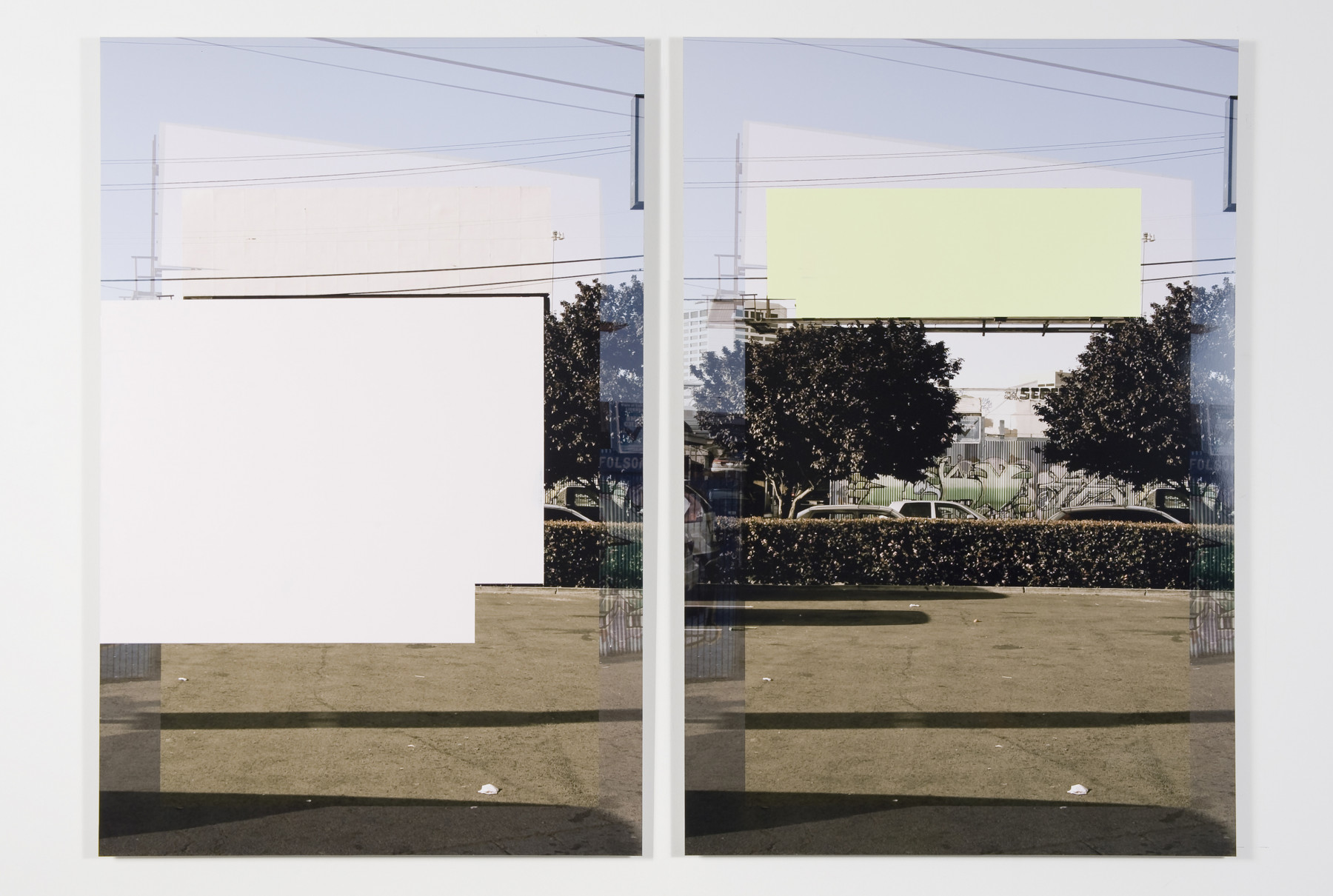 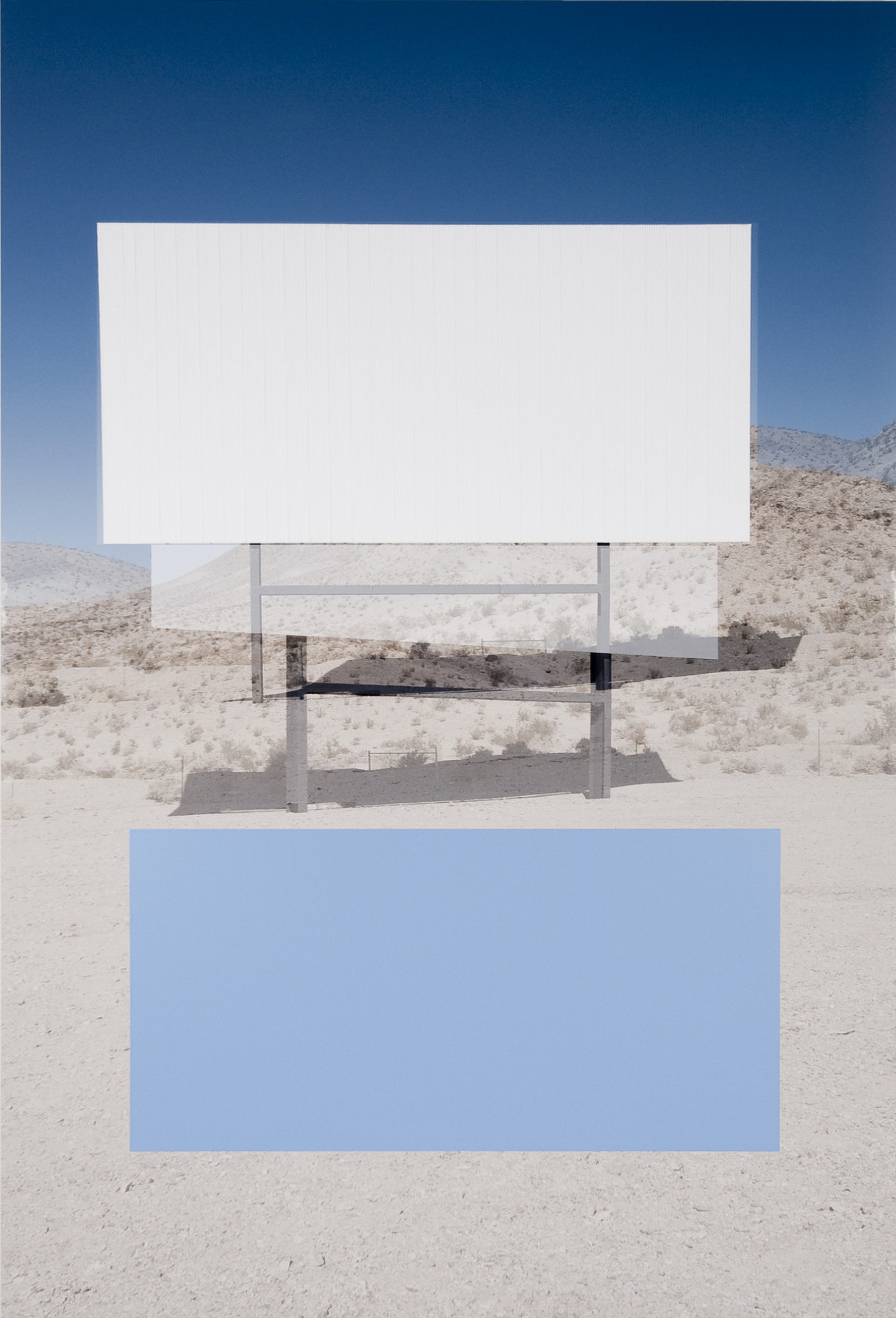 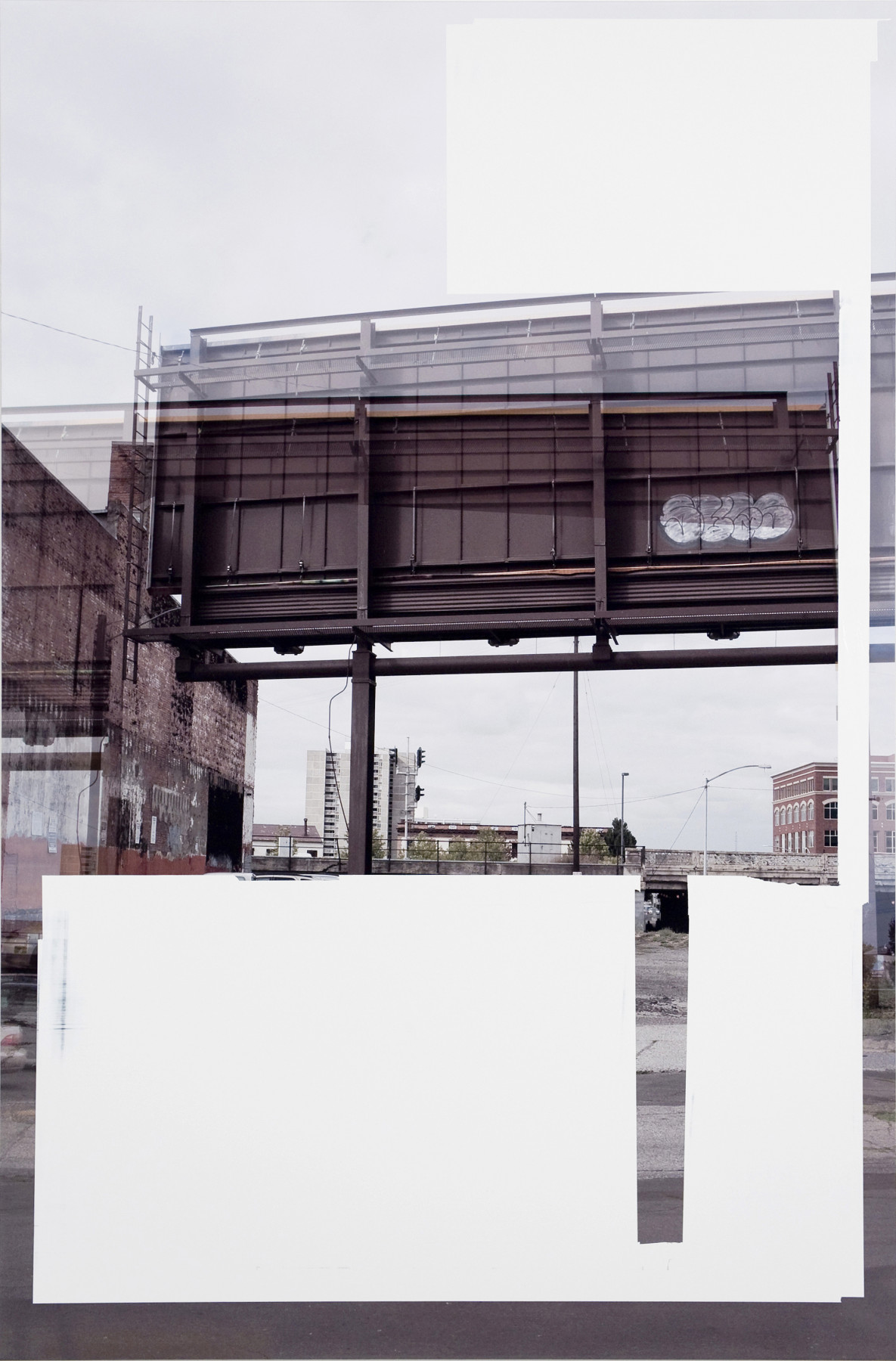 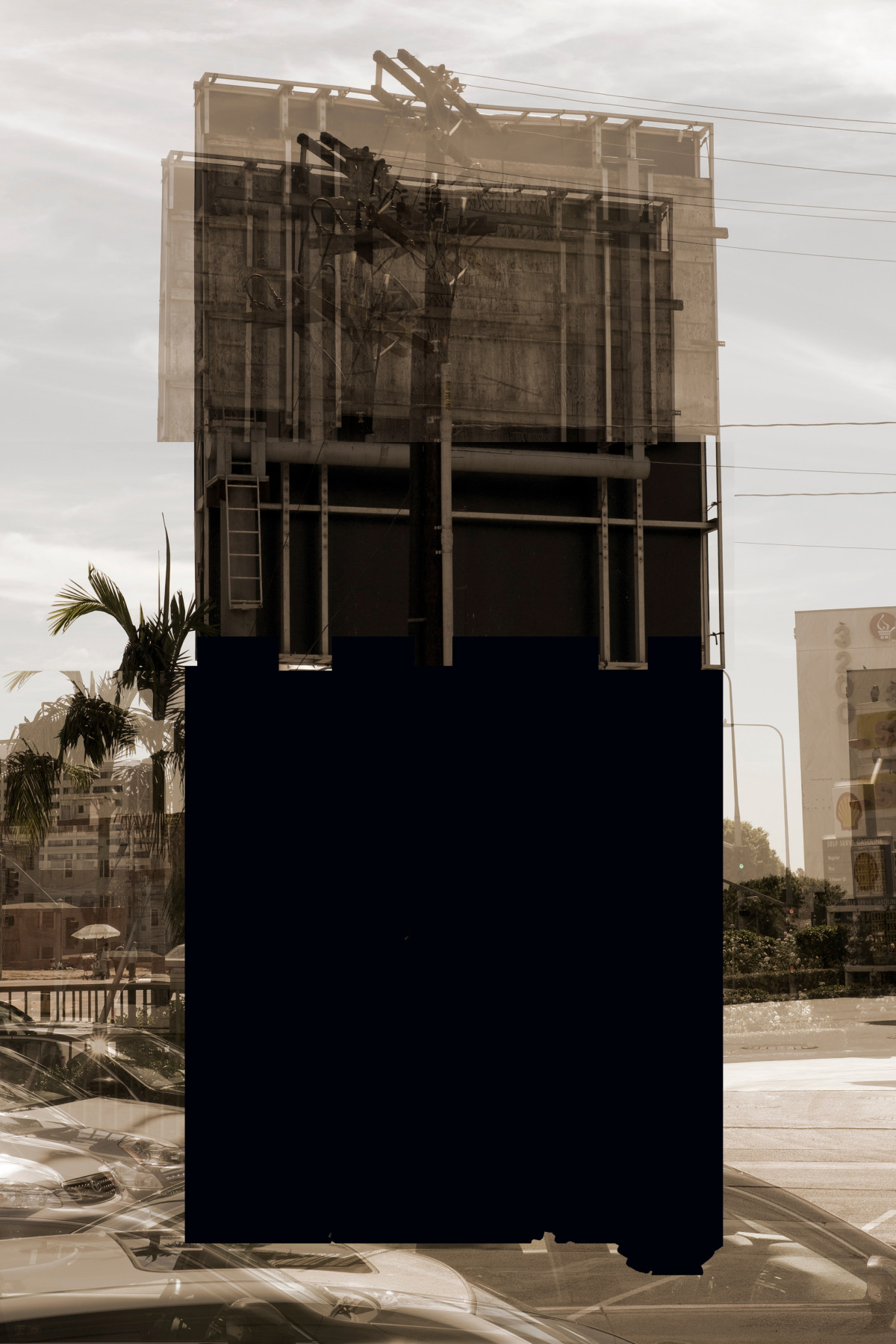 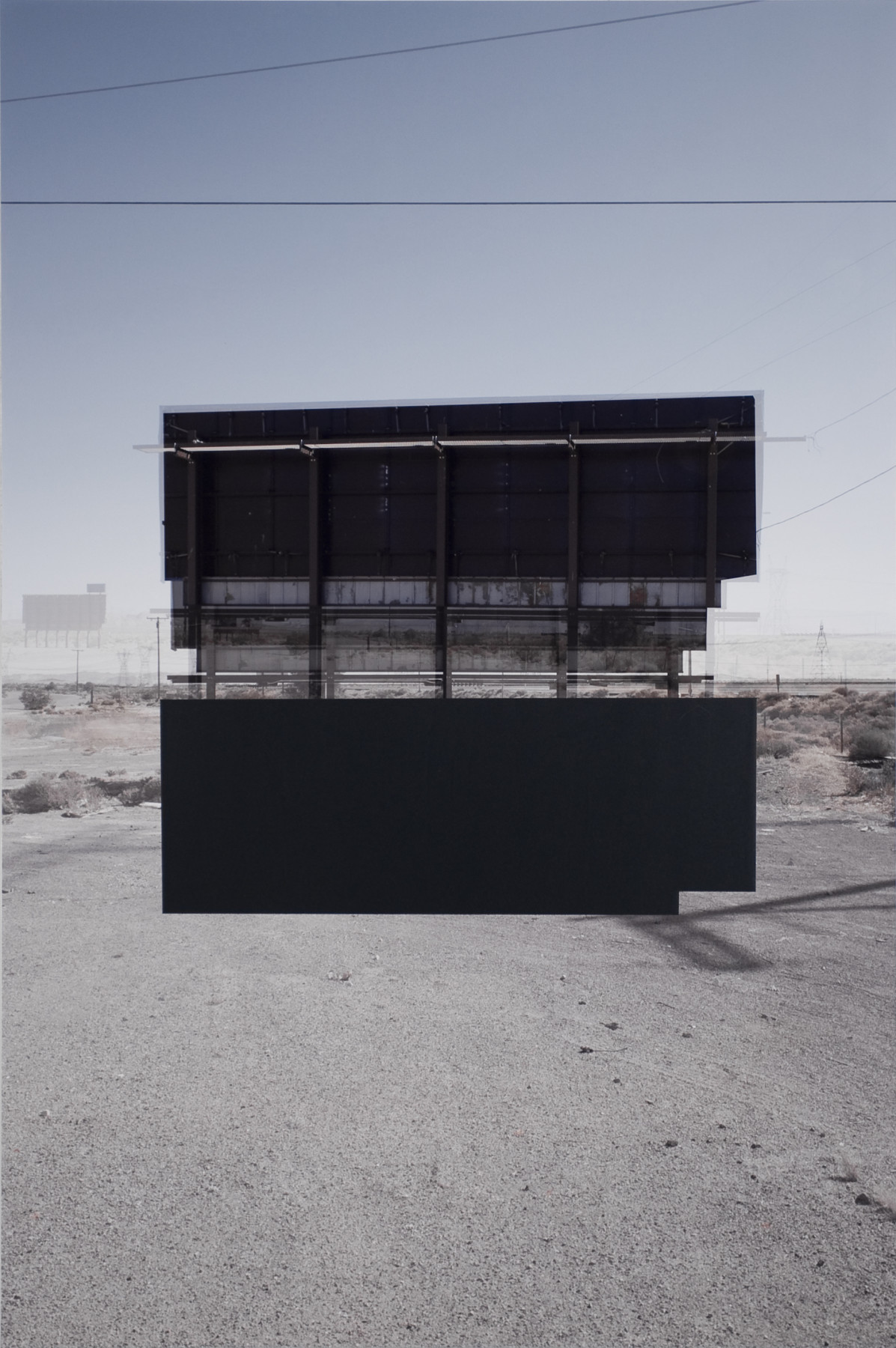 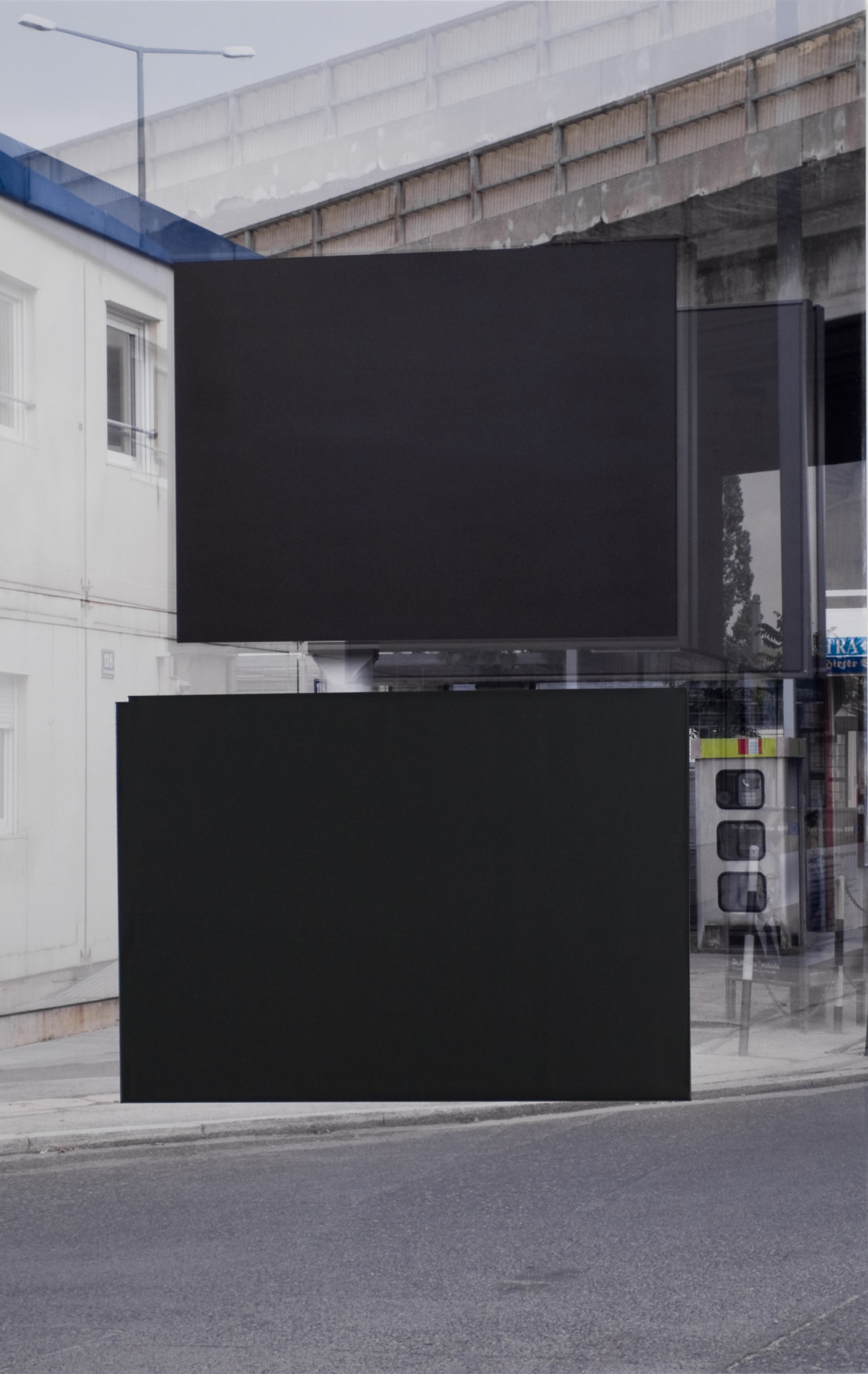 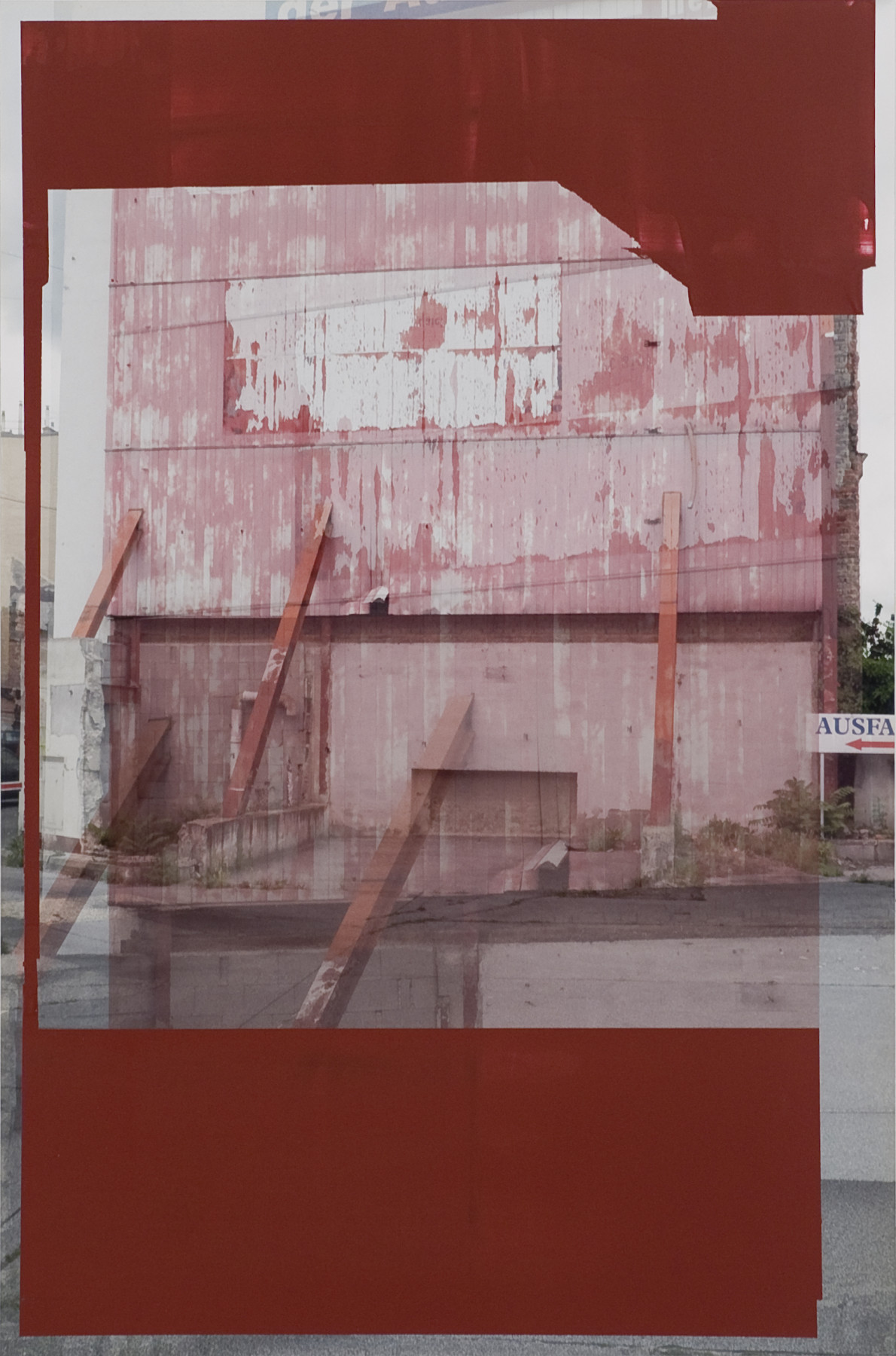 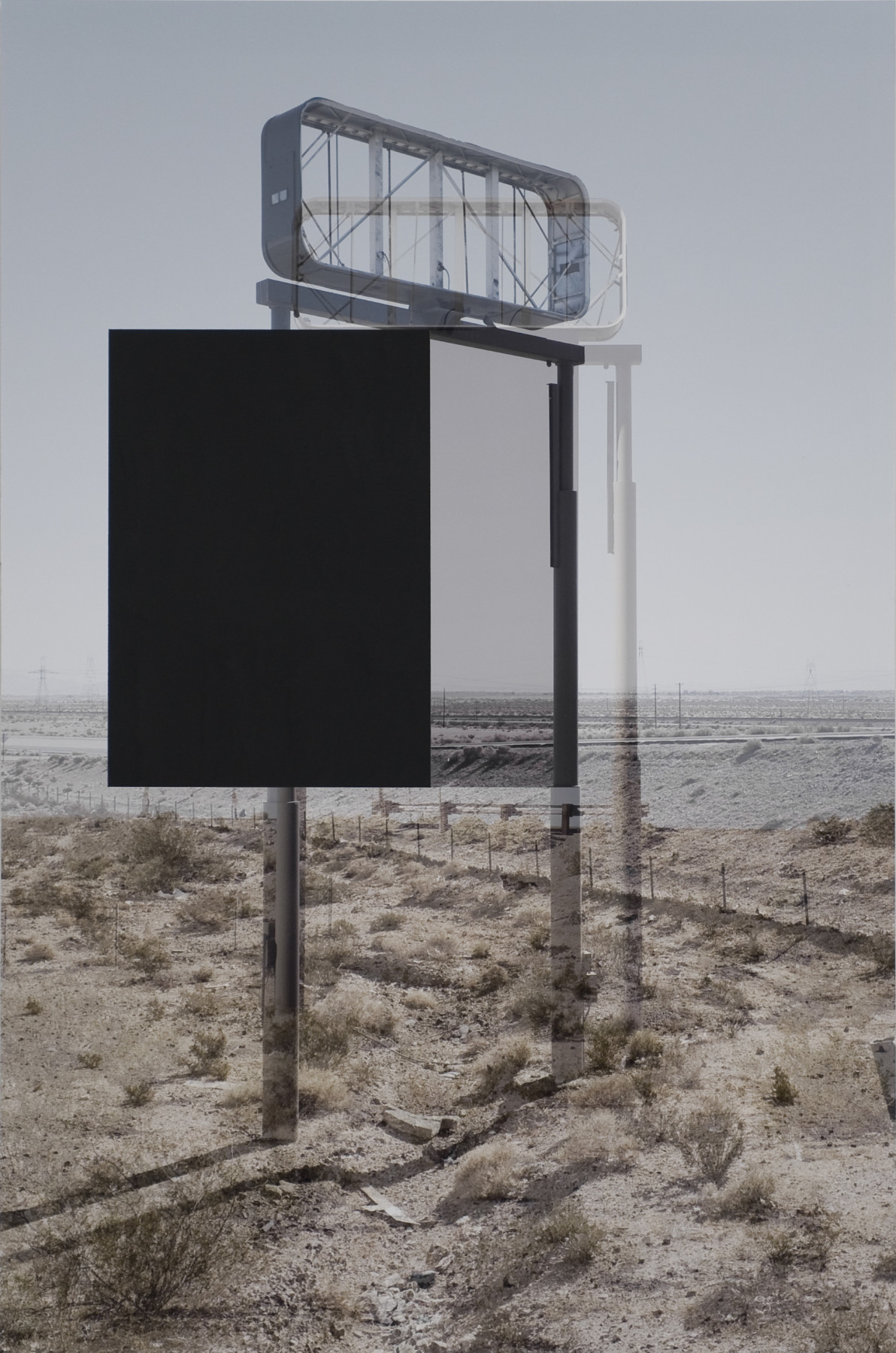 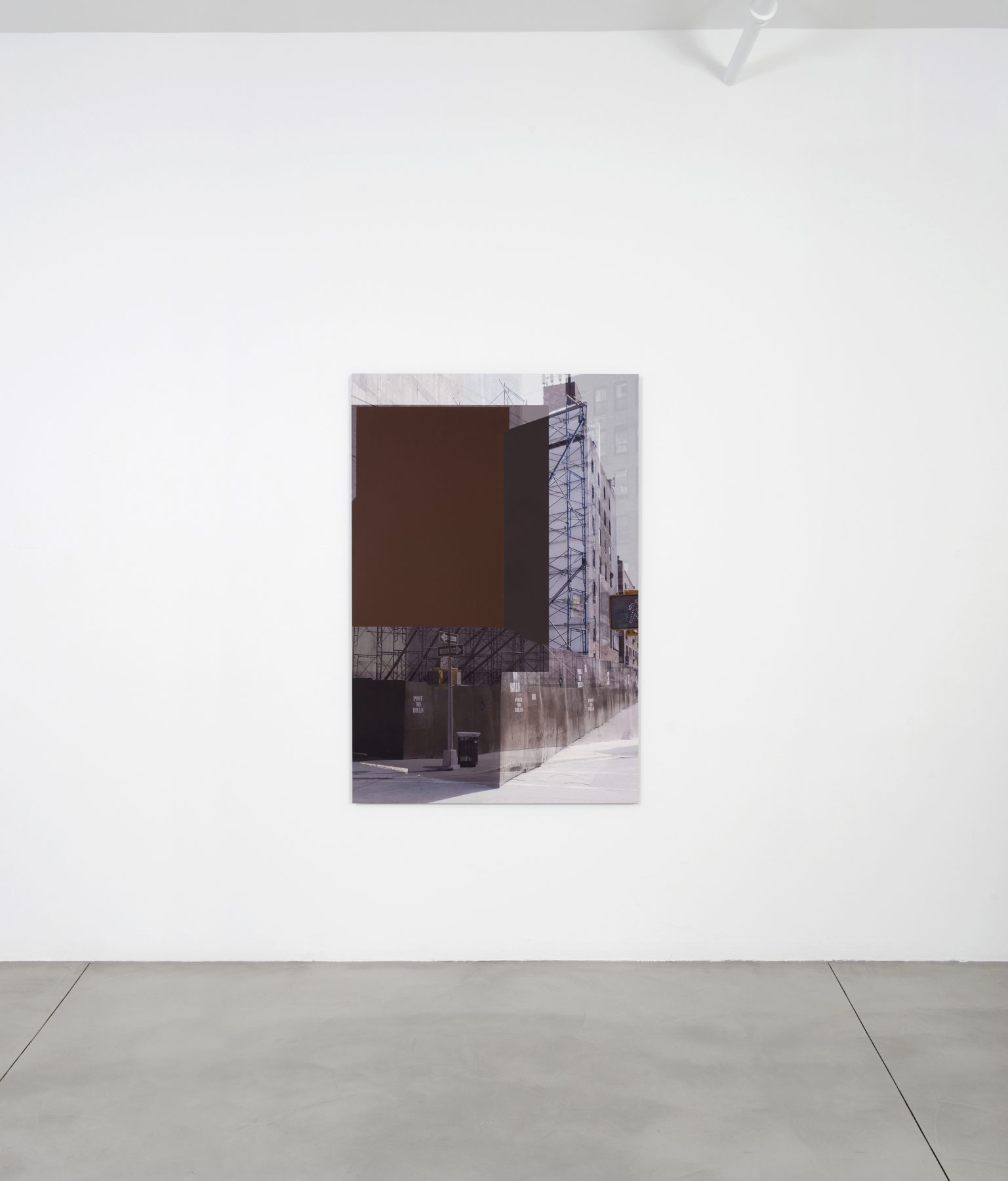 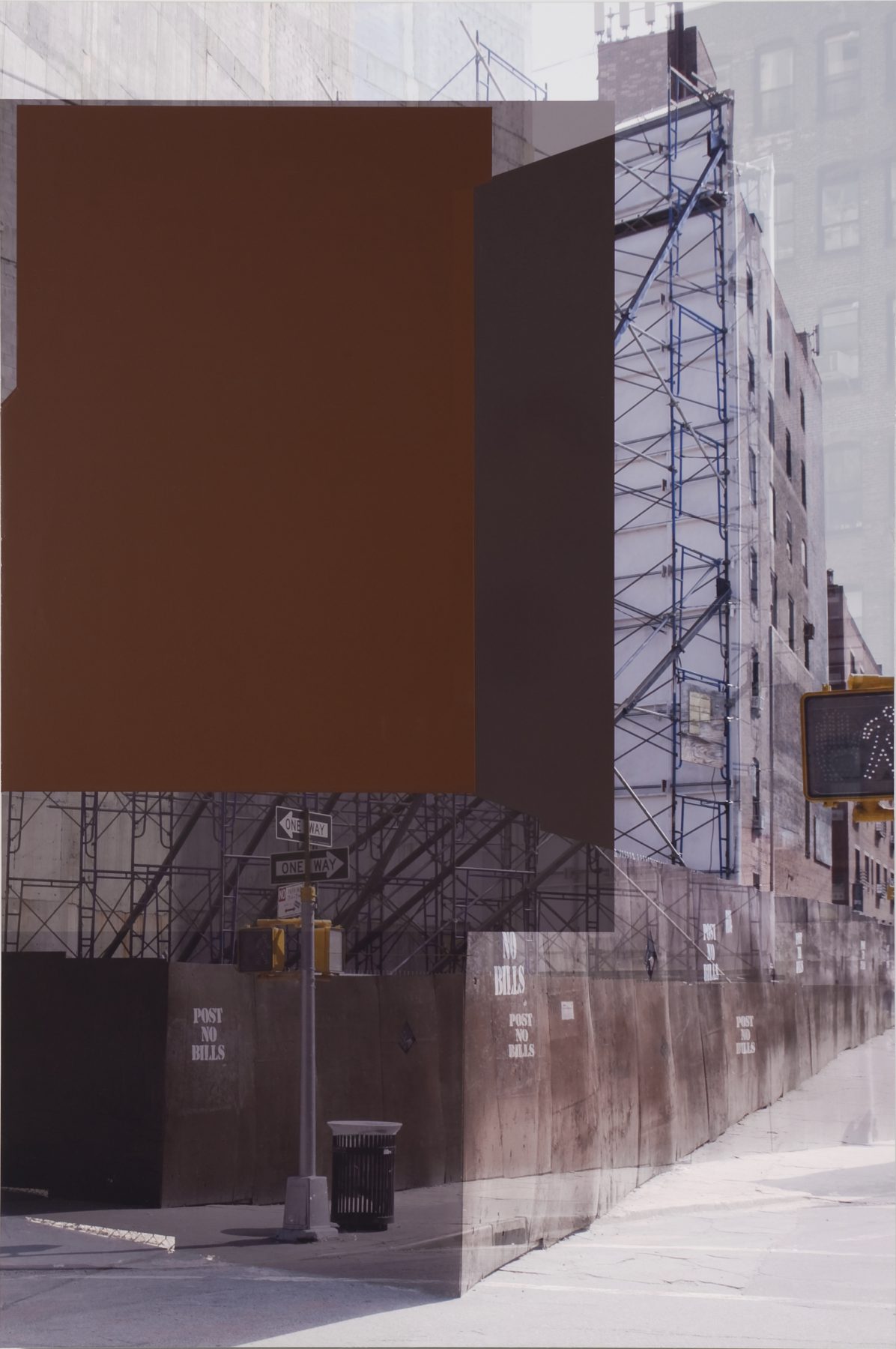 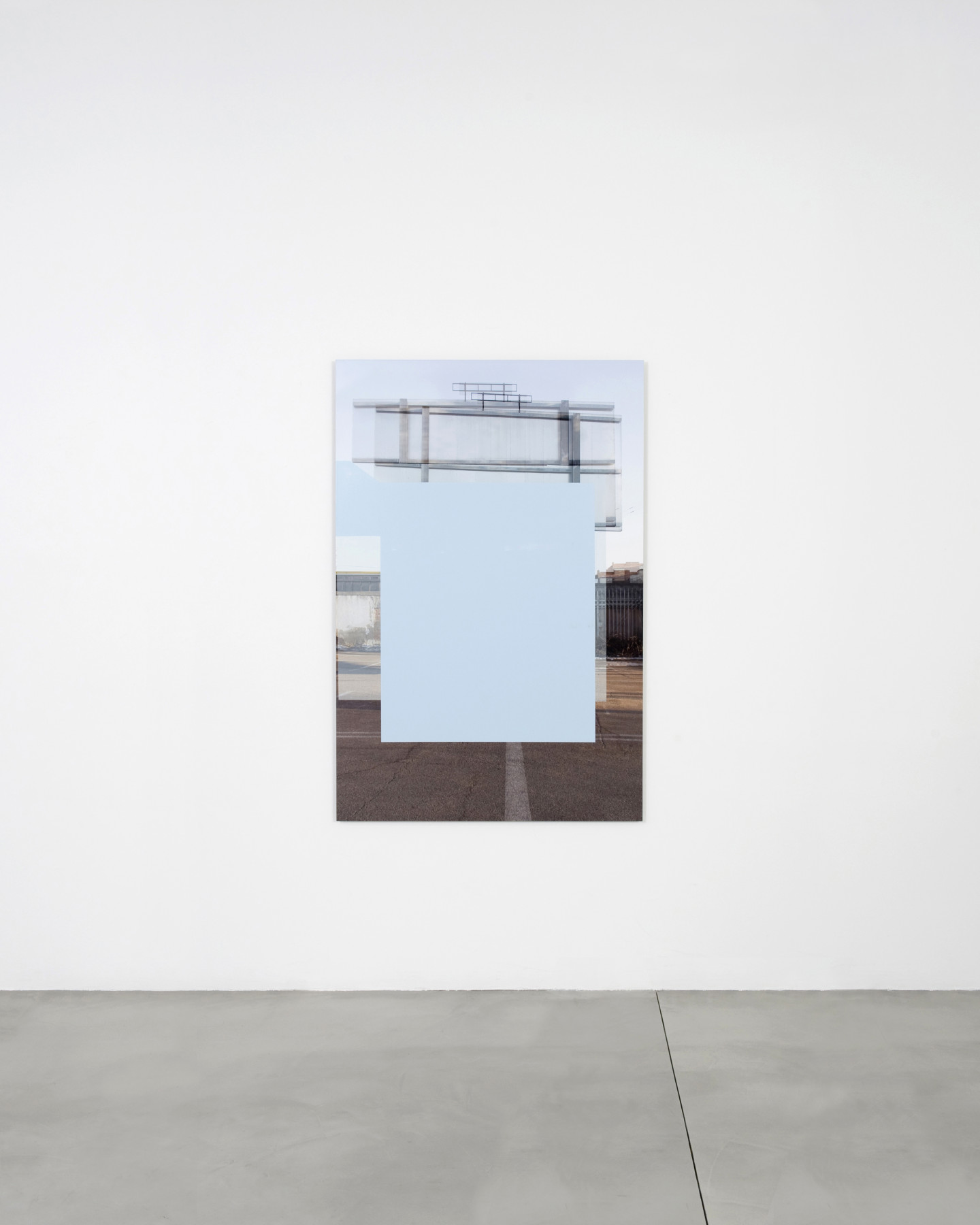 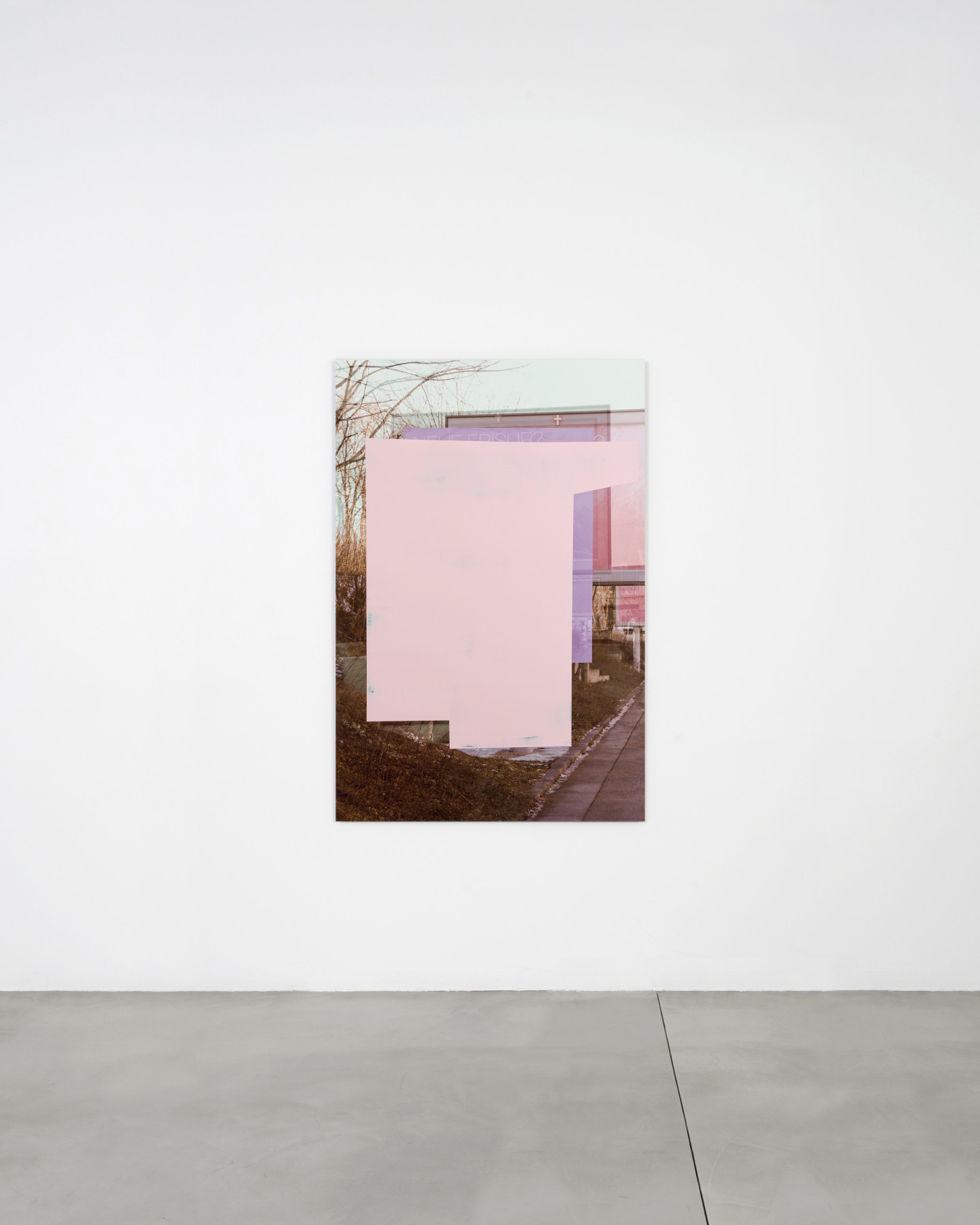 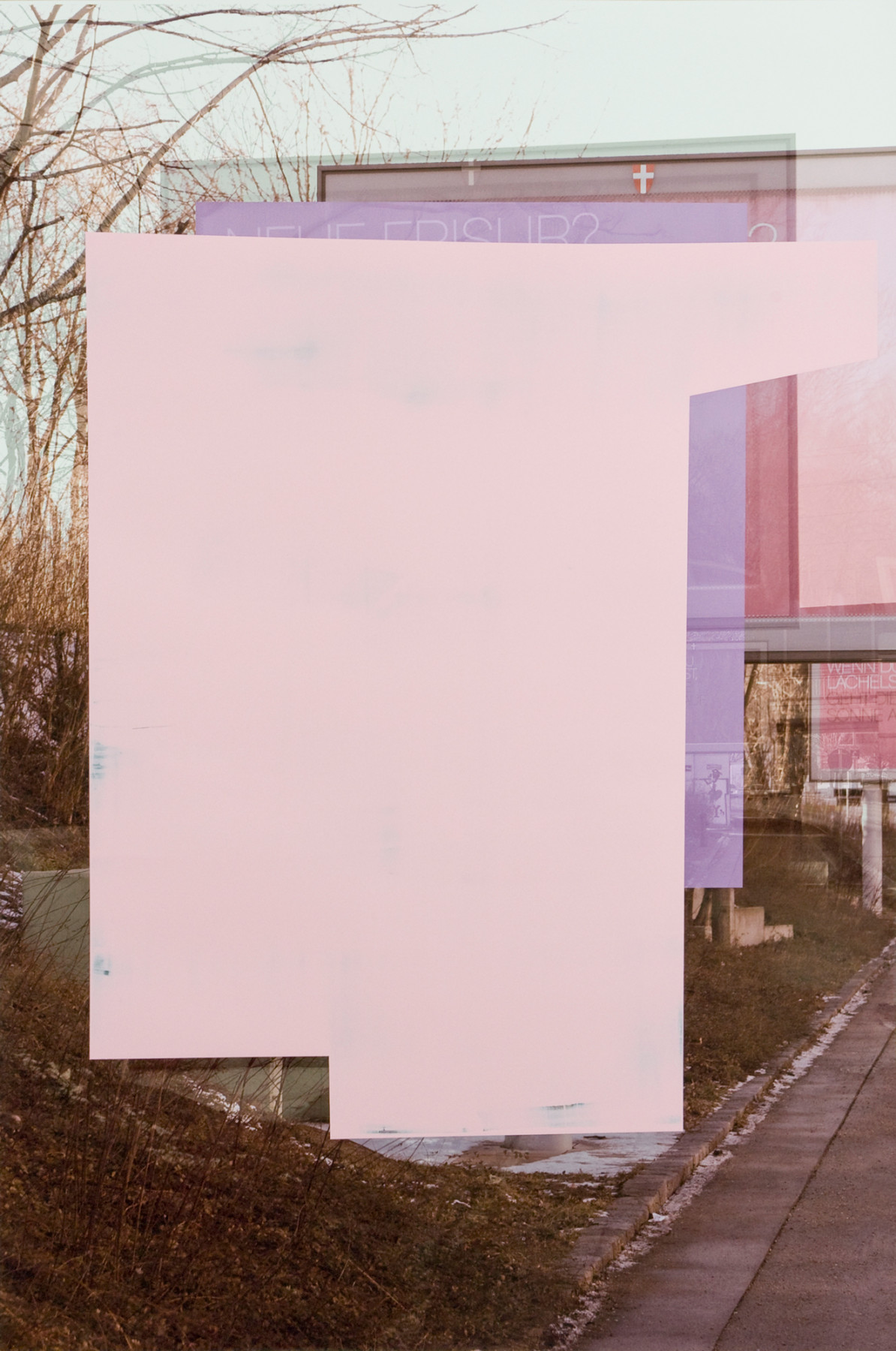 Girardoni’s series of over-painted photos, titled Exposed Icons, expand the exploration of light and material into conceptually new territory. The subject of the photographs is advertising billboards; Girardoni collects images of billboards in urban and rural settings and exposes their hidden, mostly unseen side, subverting advertising’s role as contemporary iconography. He reveals their structure by photographing the billboards from behind, or documenting them during the transient state when they are blank.

The artist first overlays multiple exposures of the same billboard, and then systematically builds and un-builds each work by digitally deconstructing and physically over-painting the photograph. These works question the integrity of the photograph as a carrier of archived information by manipulating their content; image sections are removed, replaced with “digital pigment,” and juxtaposed to the material paint applied over the photograph. The paint on top of the image — which the artist refers to as “flat sculpture” — functions in physical space and is in direct dialogue with adjacent, digitally altered information, blurring the boundary between virtual and material content. By bridging the two, the virtual information of the photograph and the physical structure of the paint are compressed into a single pictorial architecture. The artist removes and conceals areas of each image, while leaving other parts open, suspending the work in a constant shift between what is perceived as virtual and what is perceived as real, what is present and what is absent, and what is and is not the subject. The work’s center remains undisclosed, engaging the viewer with the task of completing it.