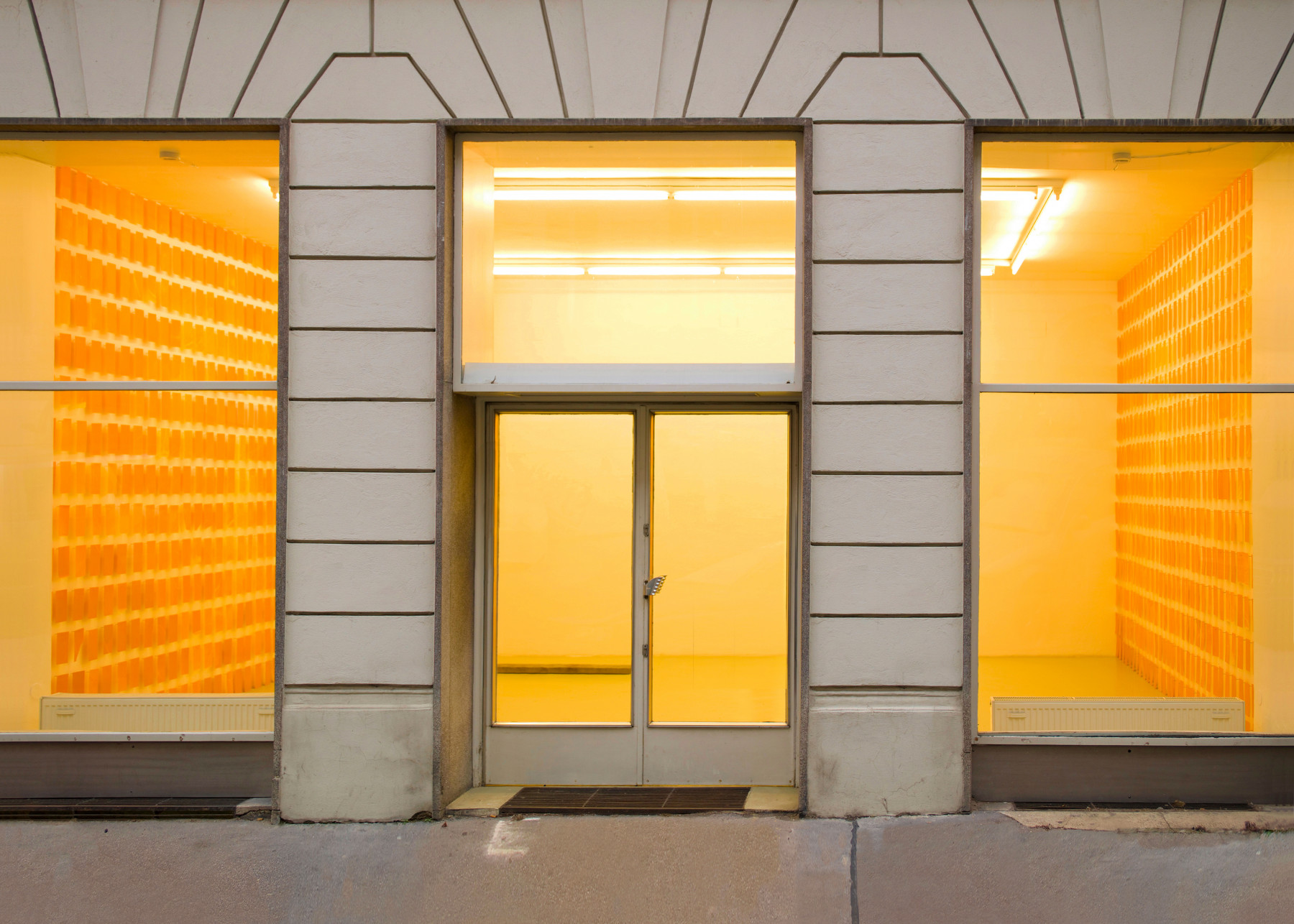 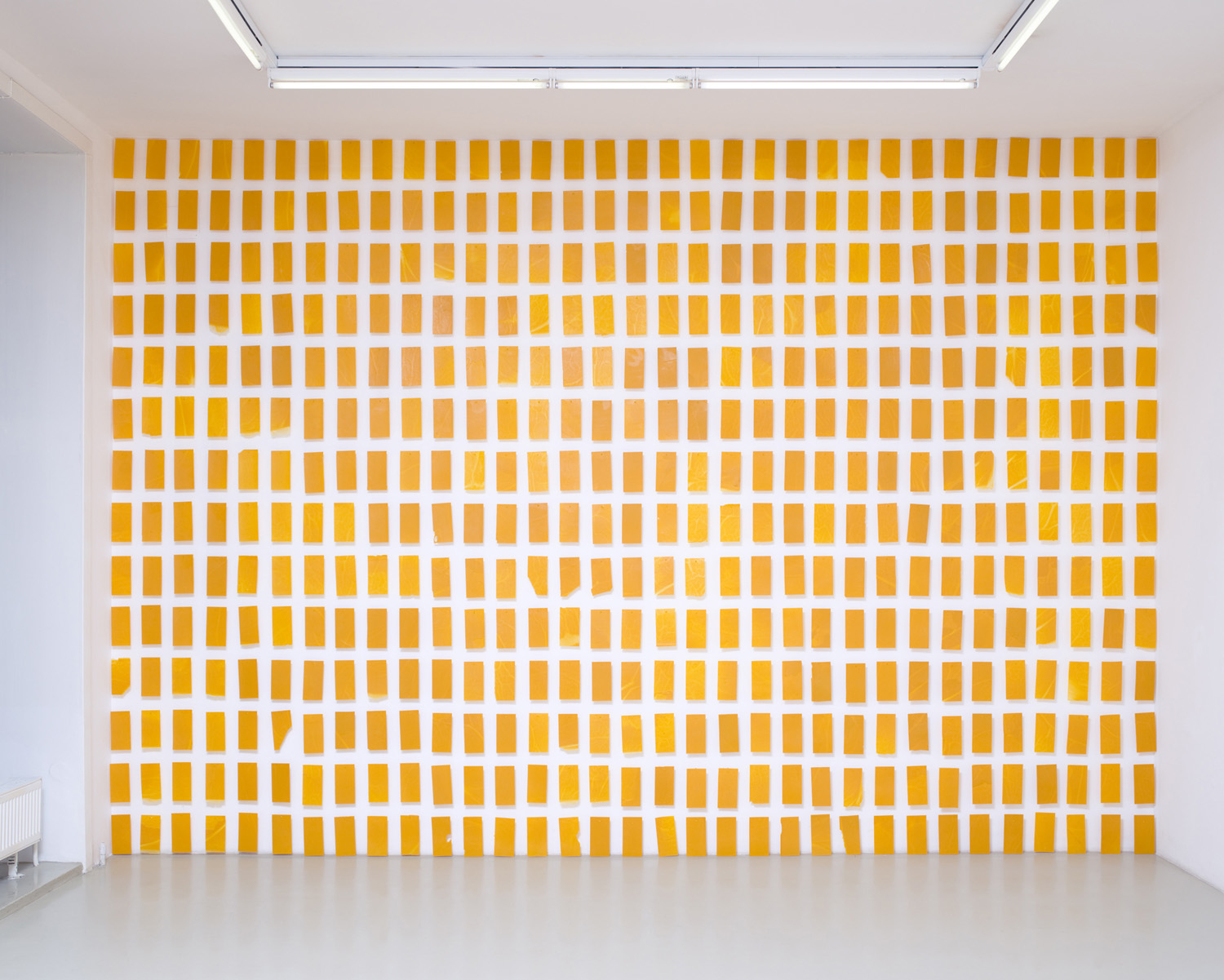 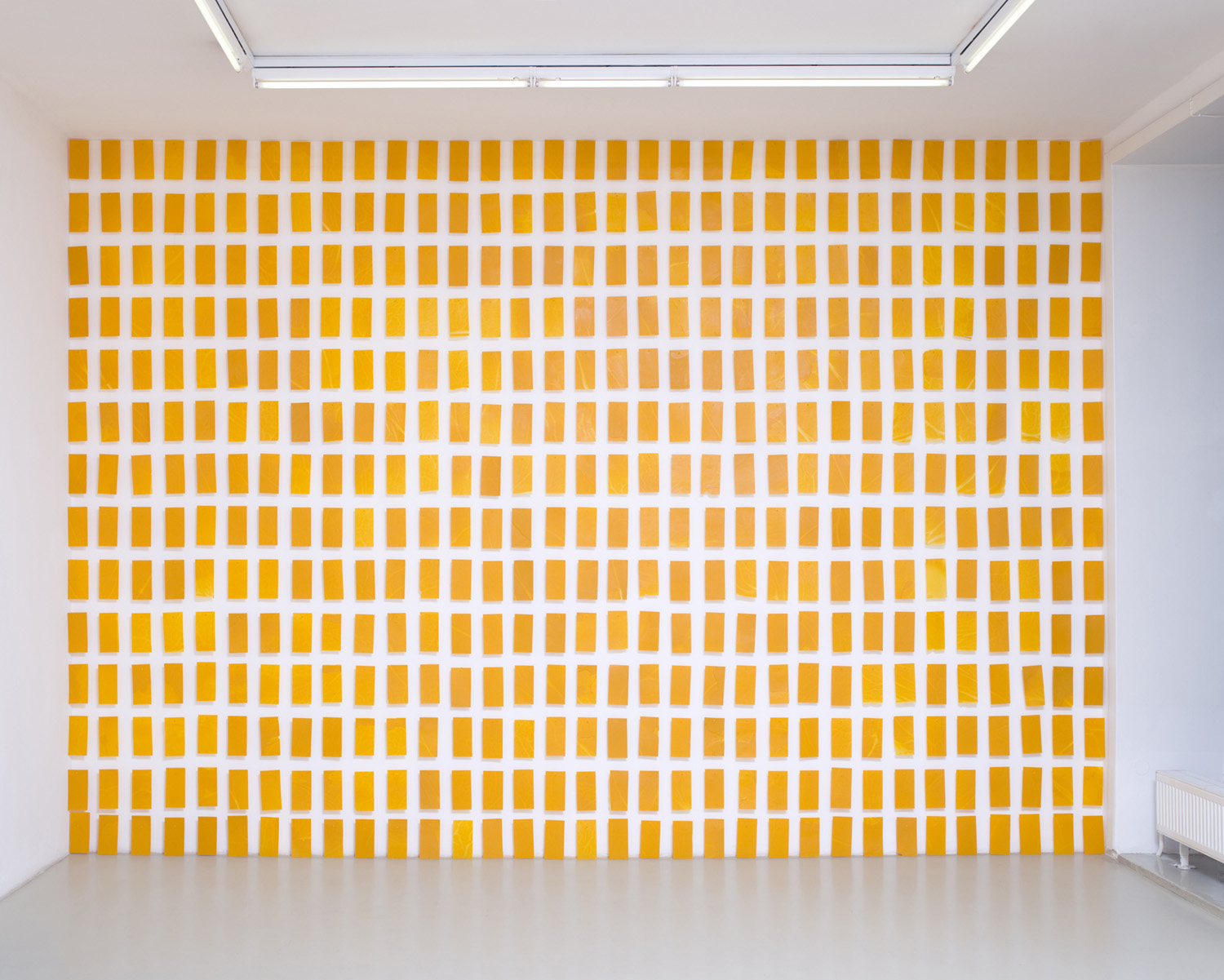 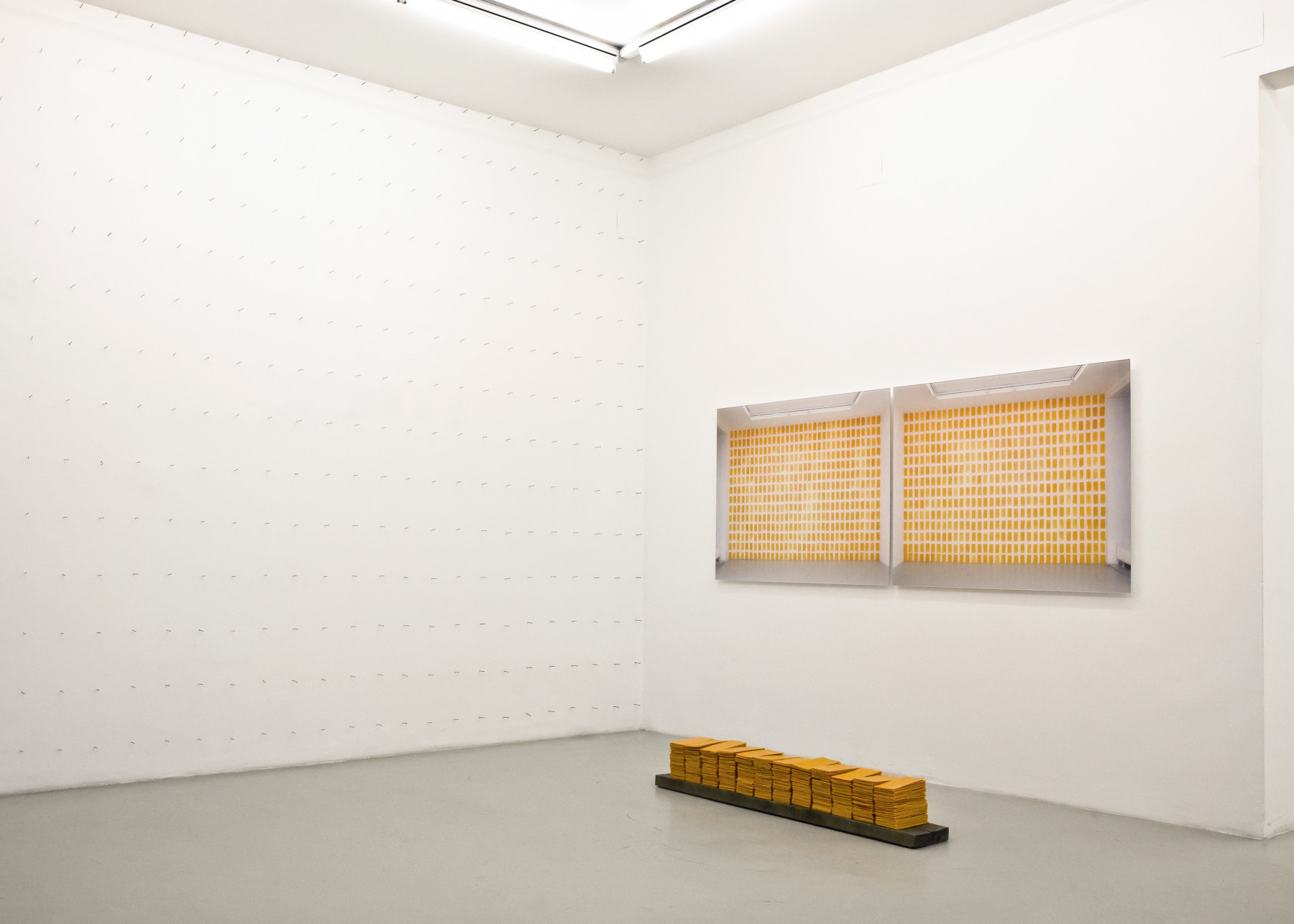 In Front of the Plane Nr. 6 is a site-specific installation composed of approximately 1000 cast sheets of beeswax mixed with flaventhrone, an organic pigment.

The layout of the installation is based on two responses: the architectural set-up of the space, using its natural light flow as a component of the work, and the molecular structure of the pigment, which is perfectly symmetrical, and was documented through Raman spectroscopy during the planning process of the installation by my colleague, John Lombardi. Playing off this symmetry, the wax panels are installed on two opposing walls, in effect mirroring each other. The wax sheets float three inches in front of the walls, each mounted individually on a nail, allowing light to pass through and behind the wax. While the installation is made with a singular pigment, the panels have distinct variations in color value. The irregular thickness of the panels lets different amounts of light pass through, causing the perceived color variation in the material. Additionally, Flaventhrone is a highly light-reactive pigment. The window frontage perpendicular to the two-color fields becomes an active element as the installation’s natural and variable light source.  As a result, the space is filled with color matter that shifts in hue all day, ranging from golden-orange to a greenish yellow. This light reactivity presents visitors with a work that is never quite the same.

Midway through the work’s program duration, the installation’s state is reconfigured. The work is re-presented in dual archive formats – as a stacked sculpture and as an image of itself.  After the work is first installed, each wall is photographically documented.  The installation is then collapsed into a sculpture, stacking the wax panels on a wooden board at the center of the room. The nails on the wall remain as a physical reminder of the previous color-loaded state. In its final stage, the two photographs are mounted on the empty fourth wall as re-presentations of the installation. The floor sculpture, the two photographs, and the nails are suspended in a dynamic, cross-referenced relationship.

Despite the static appearance of this piece, the installation exists in a constantly evolving state.  The installation first reacts both to the set-up of the space, as well as to the pigment’s symmetrical molecular structure.  As such, the two walls create an immersive, shifting color and light environment, but one that viewers never completely observe because the two walls cannot ever be seen simultaneously from inside the space.  This formed absence is negated when the installation is collapsed into a sculpture, when it can be fully taken in for the first time, however, only as a physical archive.  The two previously filled walls exist solely as a memory, which in the final stage of the piece, is re-visualized through photography.  As such, the center of the work is never defined.  The subject of the work is not only the architecture of the material, or the installation’s structural set-up that shifts the chromatic hue of the space, but also the temporal and spatial transformation of the work as a re-imaging of itself through its documentation and collapse into archival form.