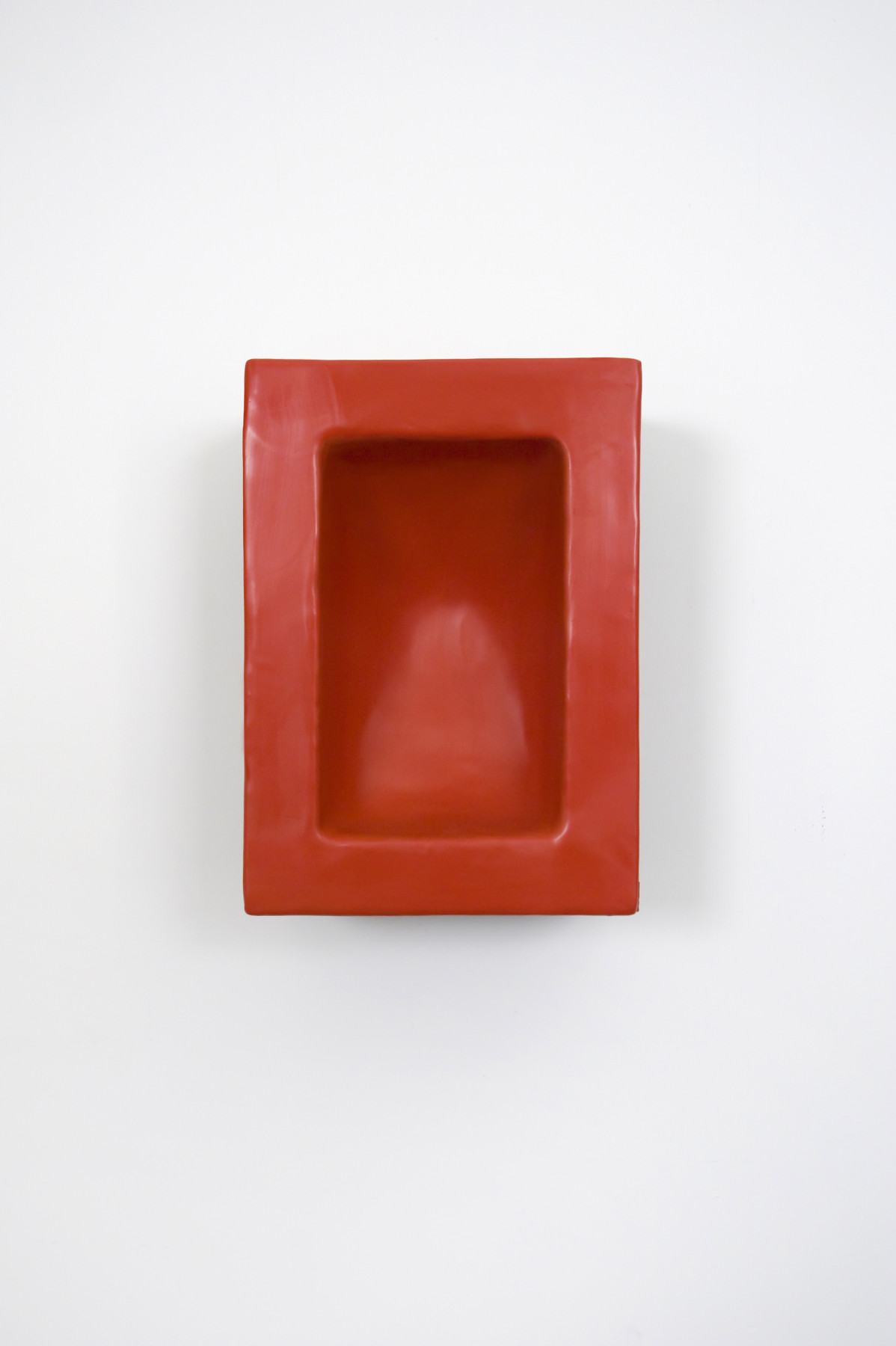 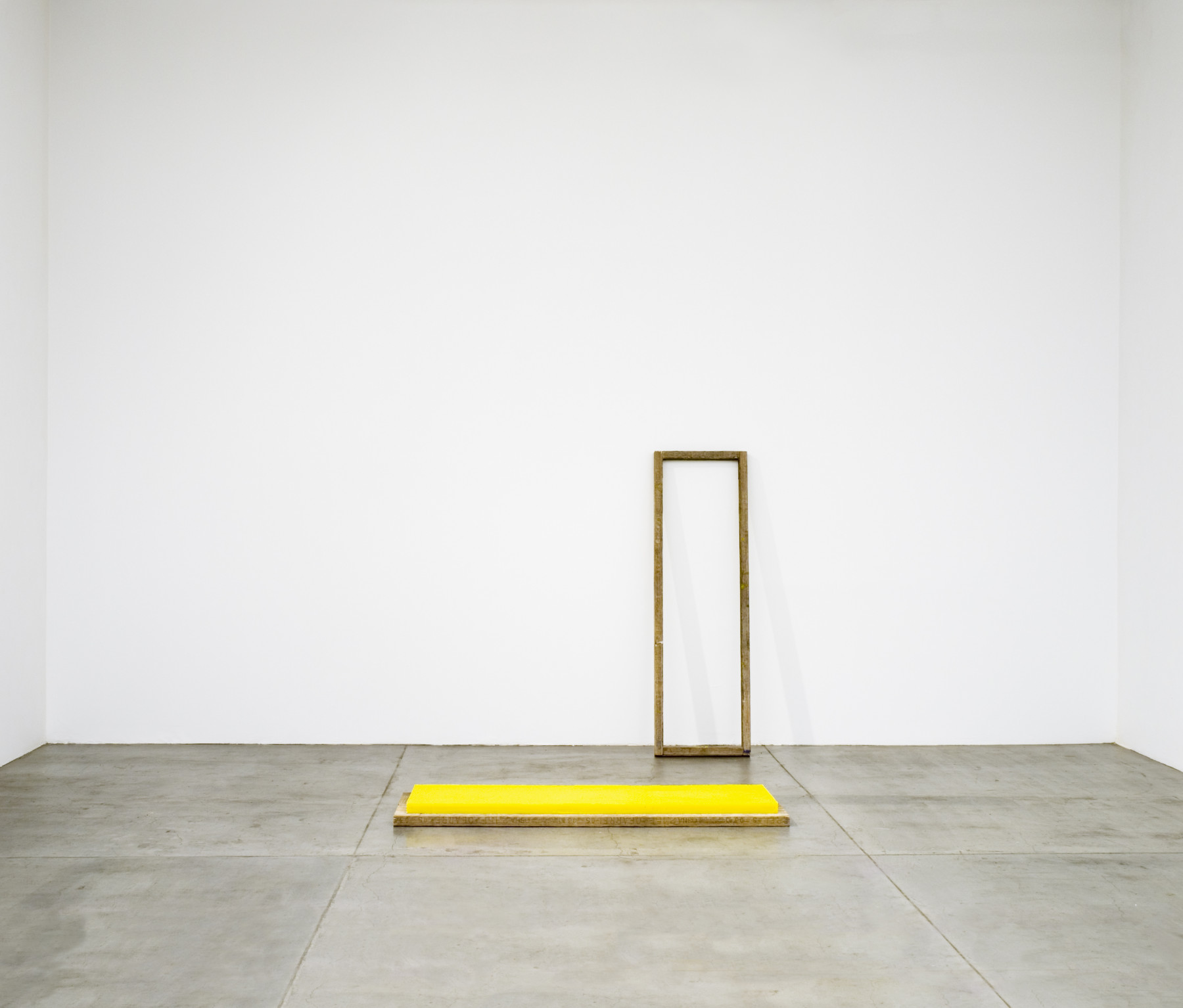 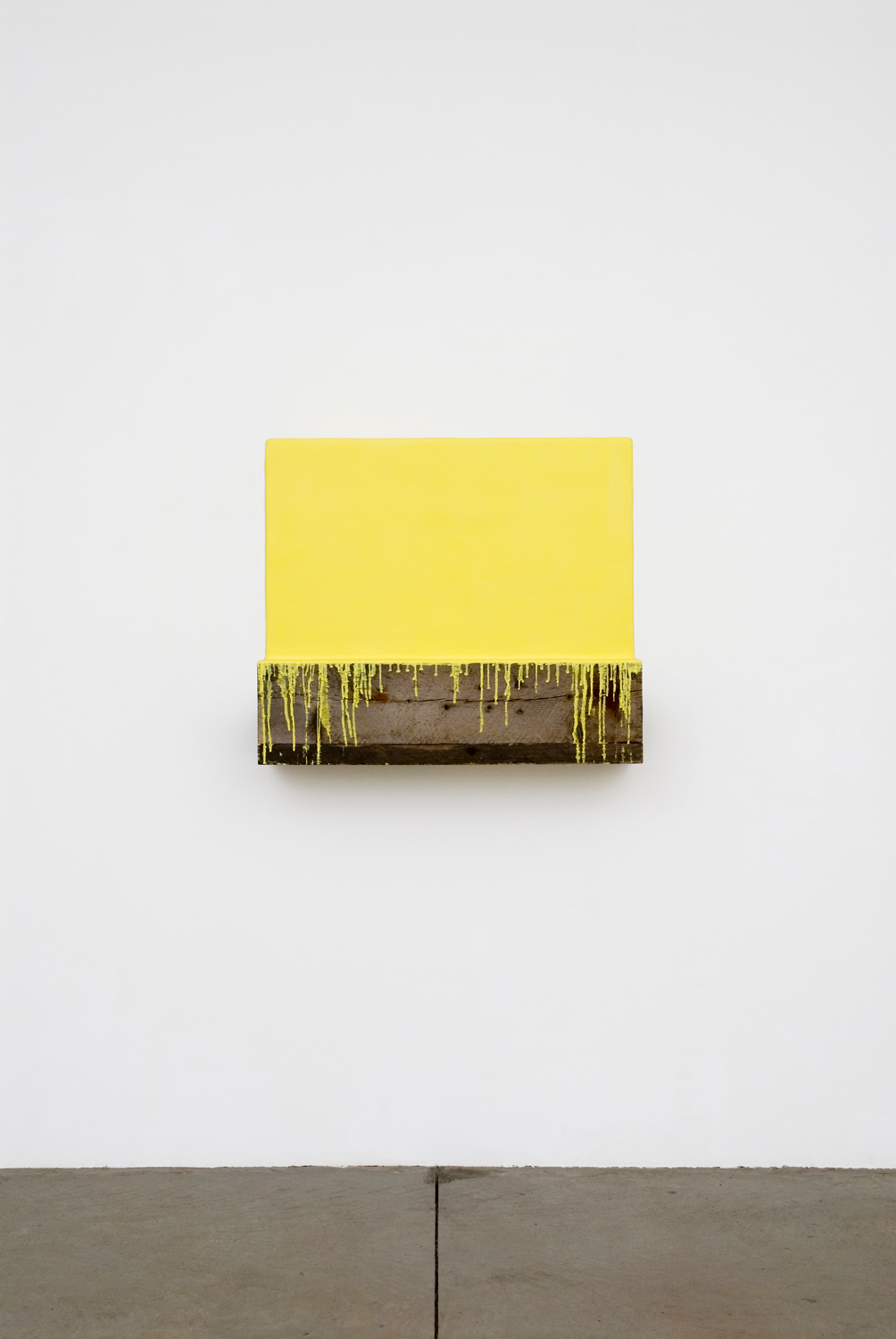 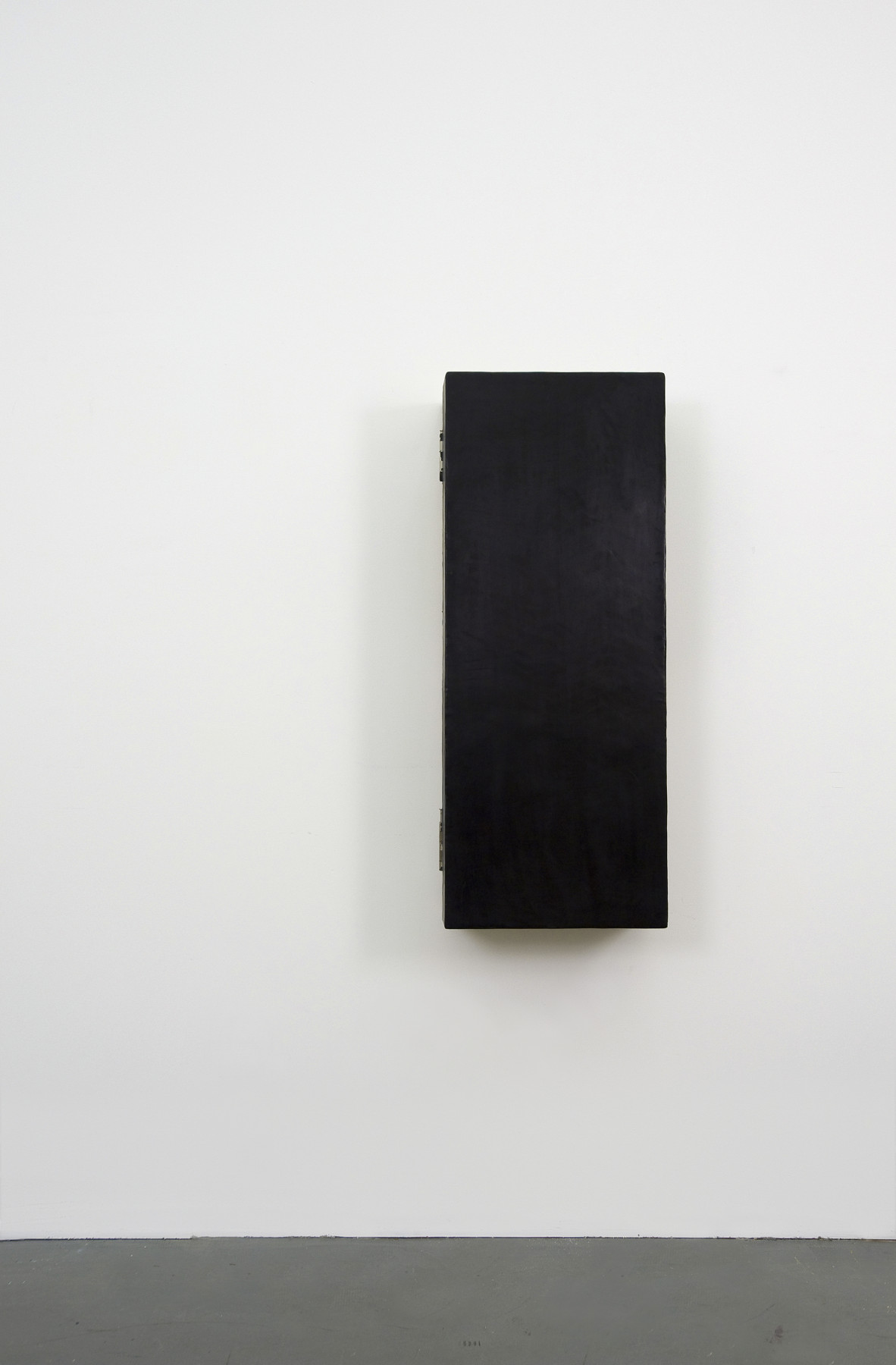 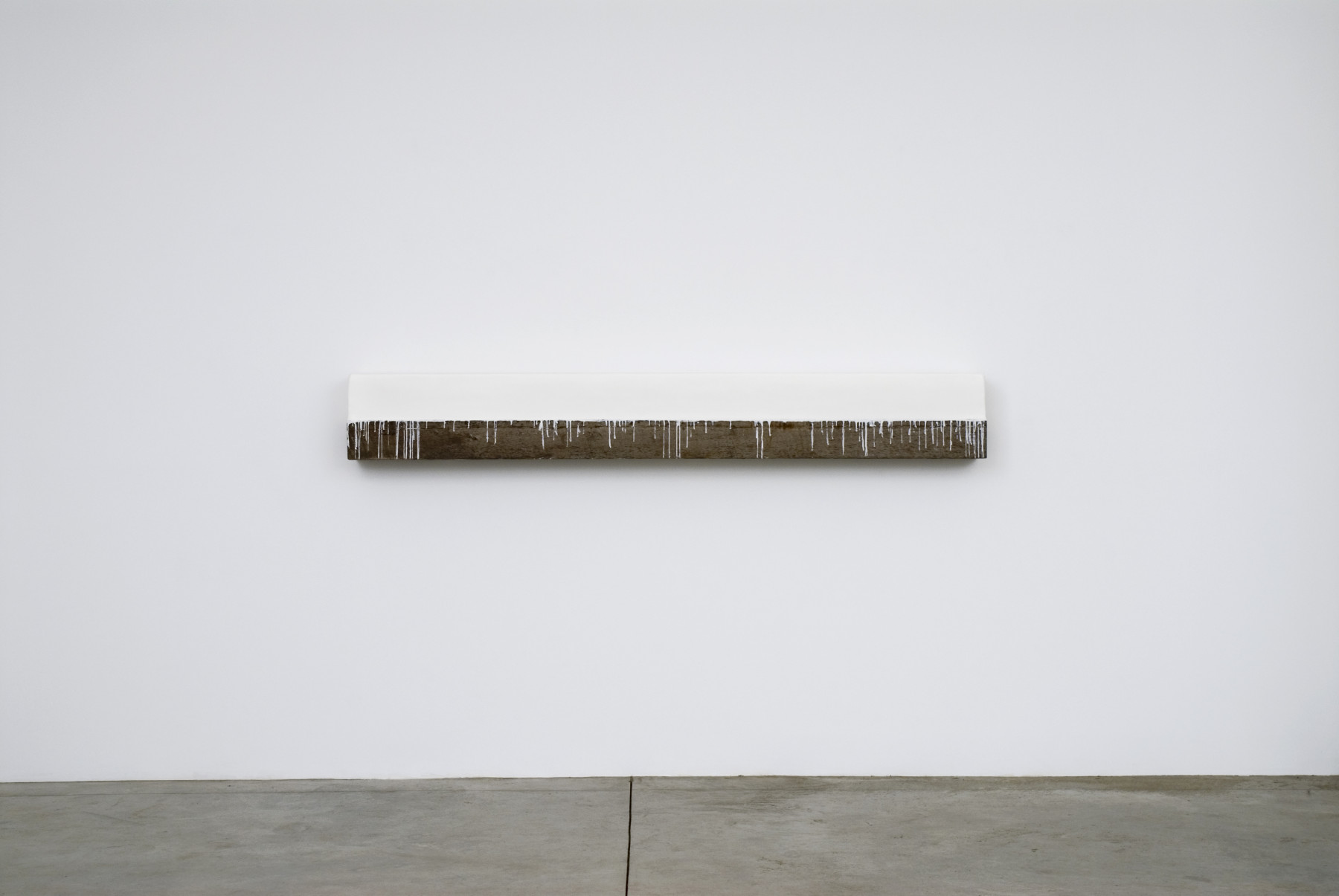 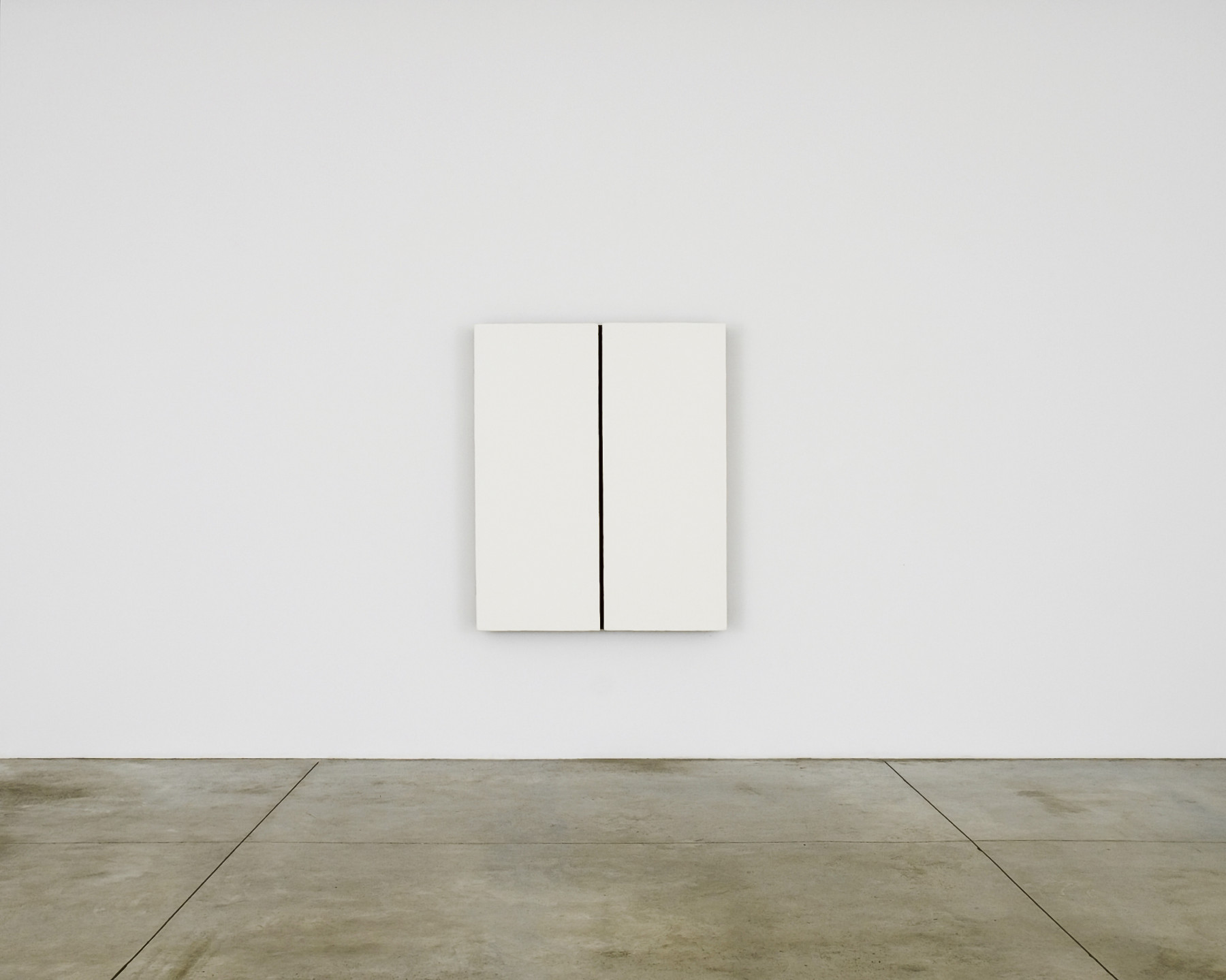 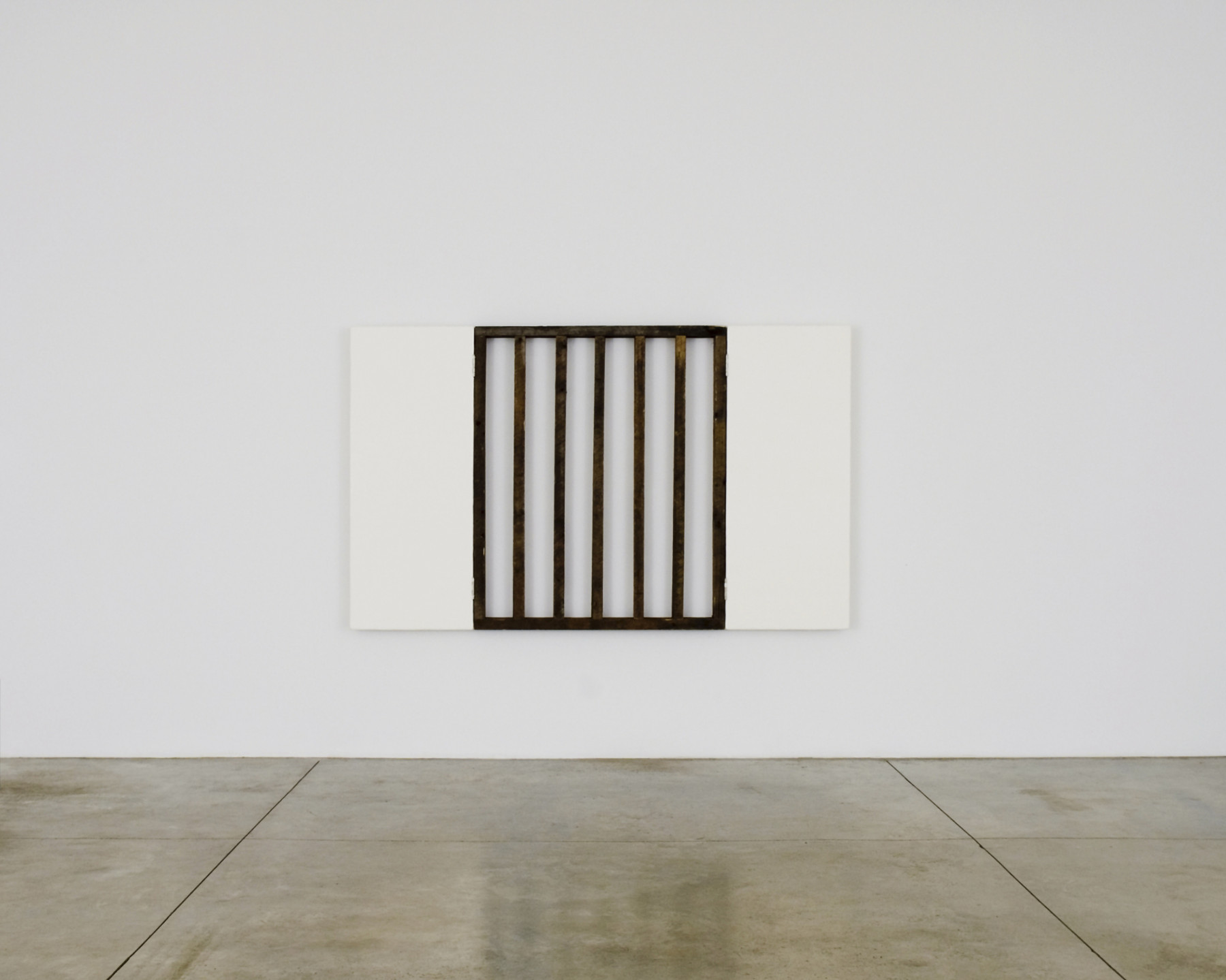 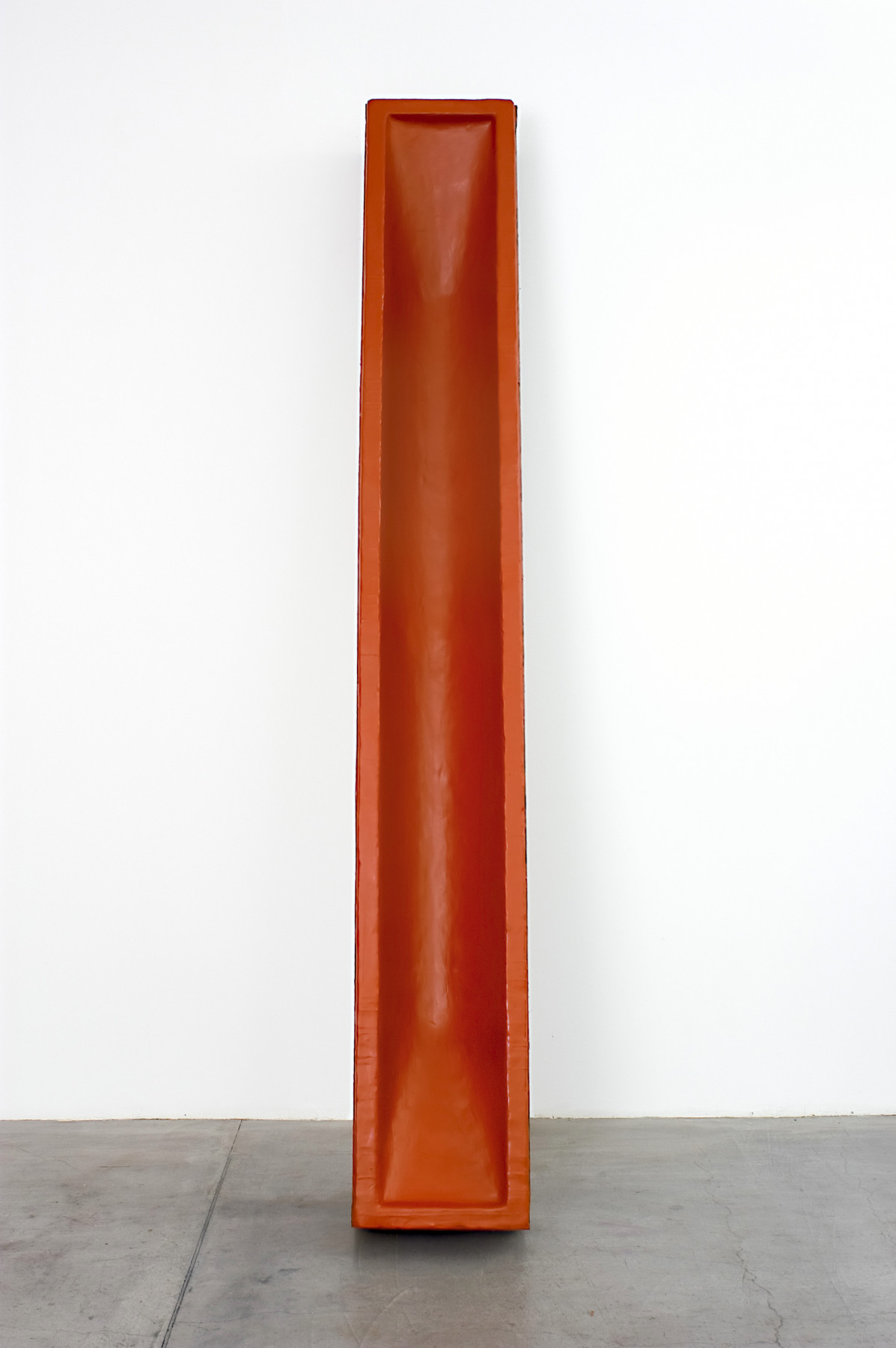 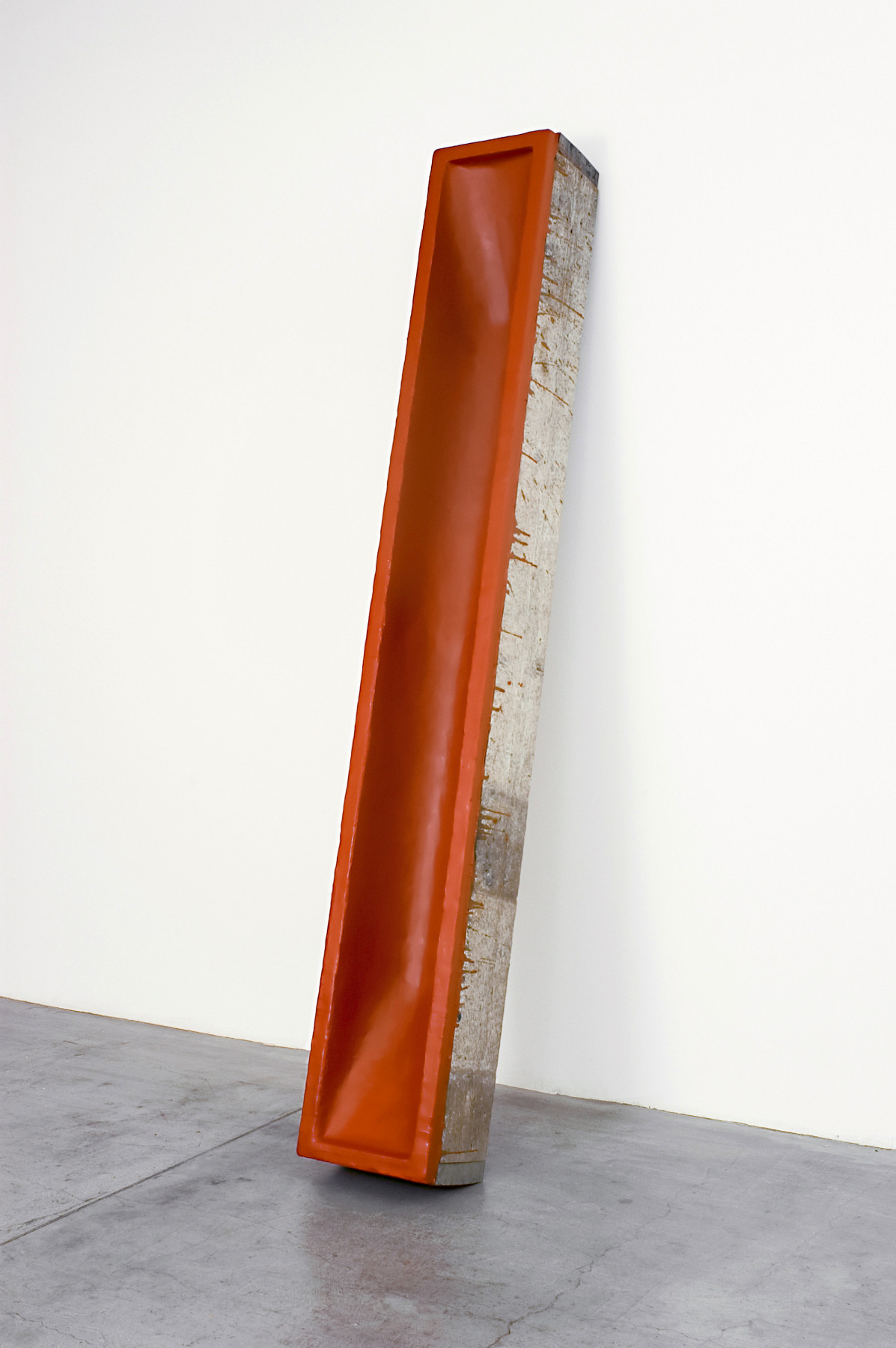 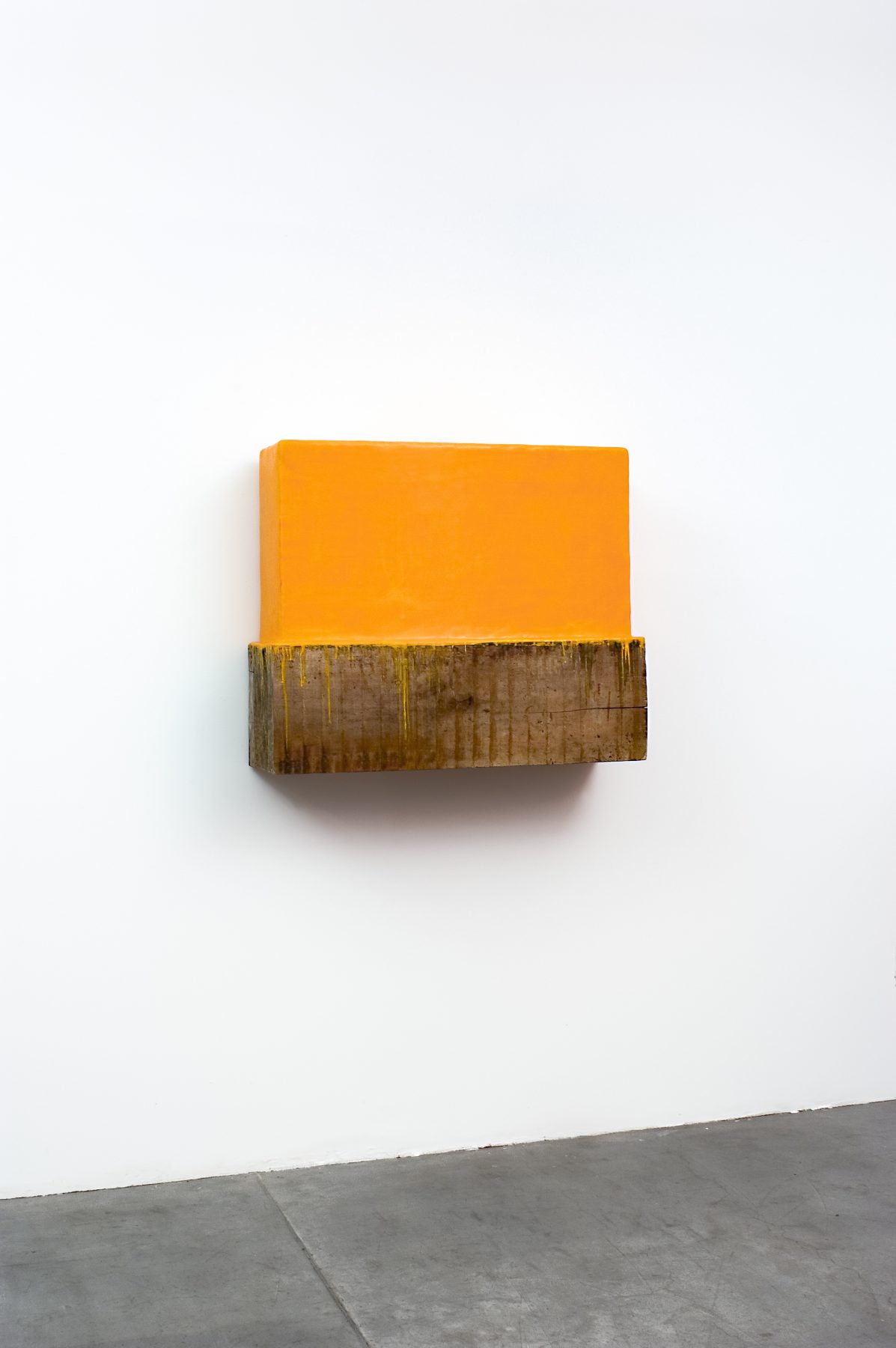 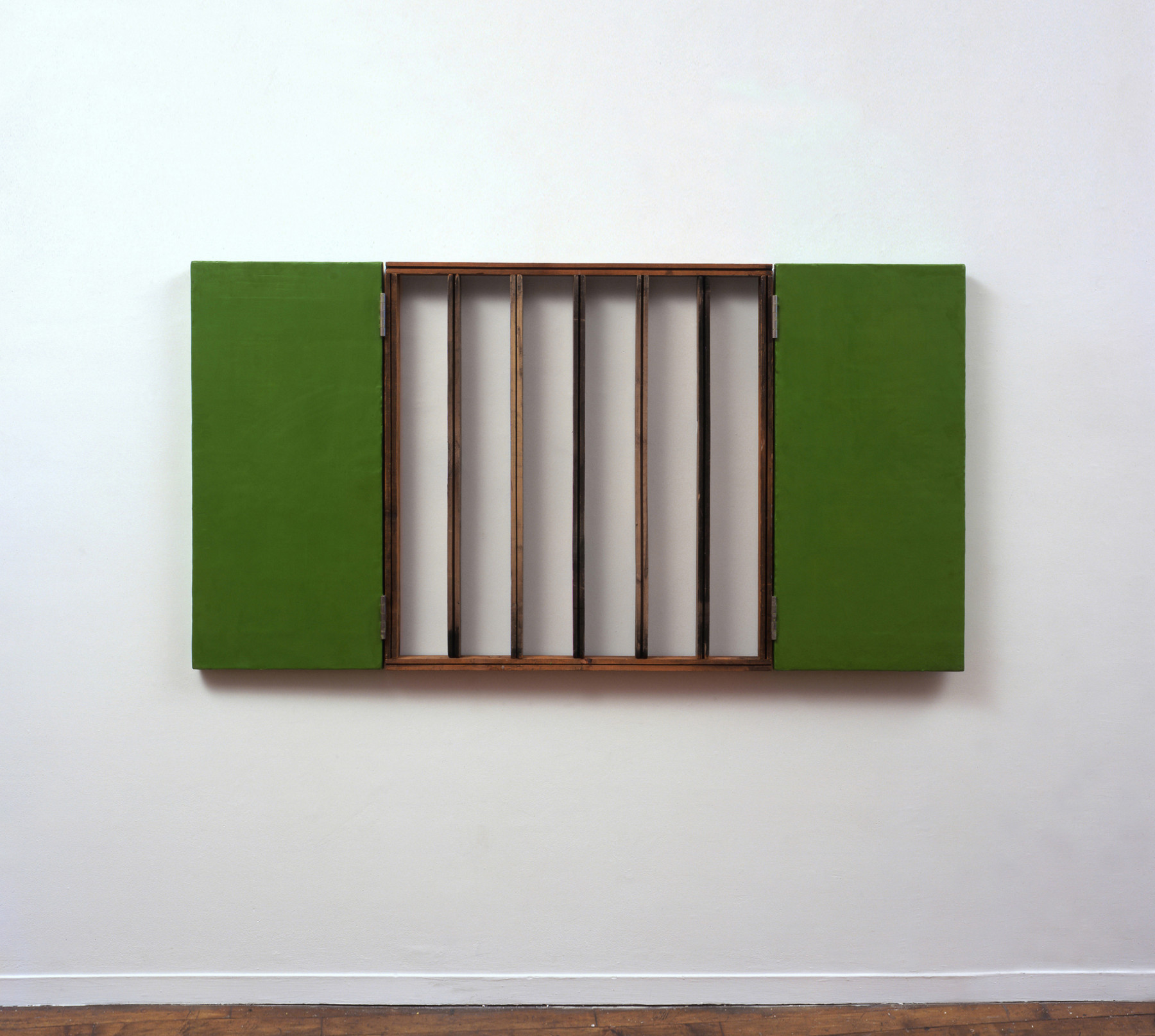 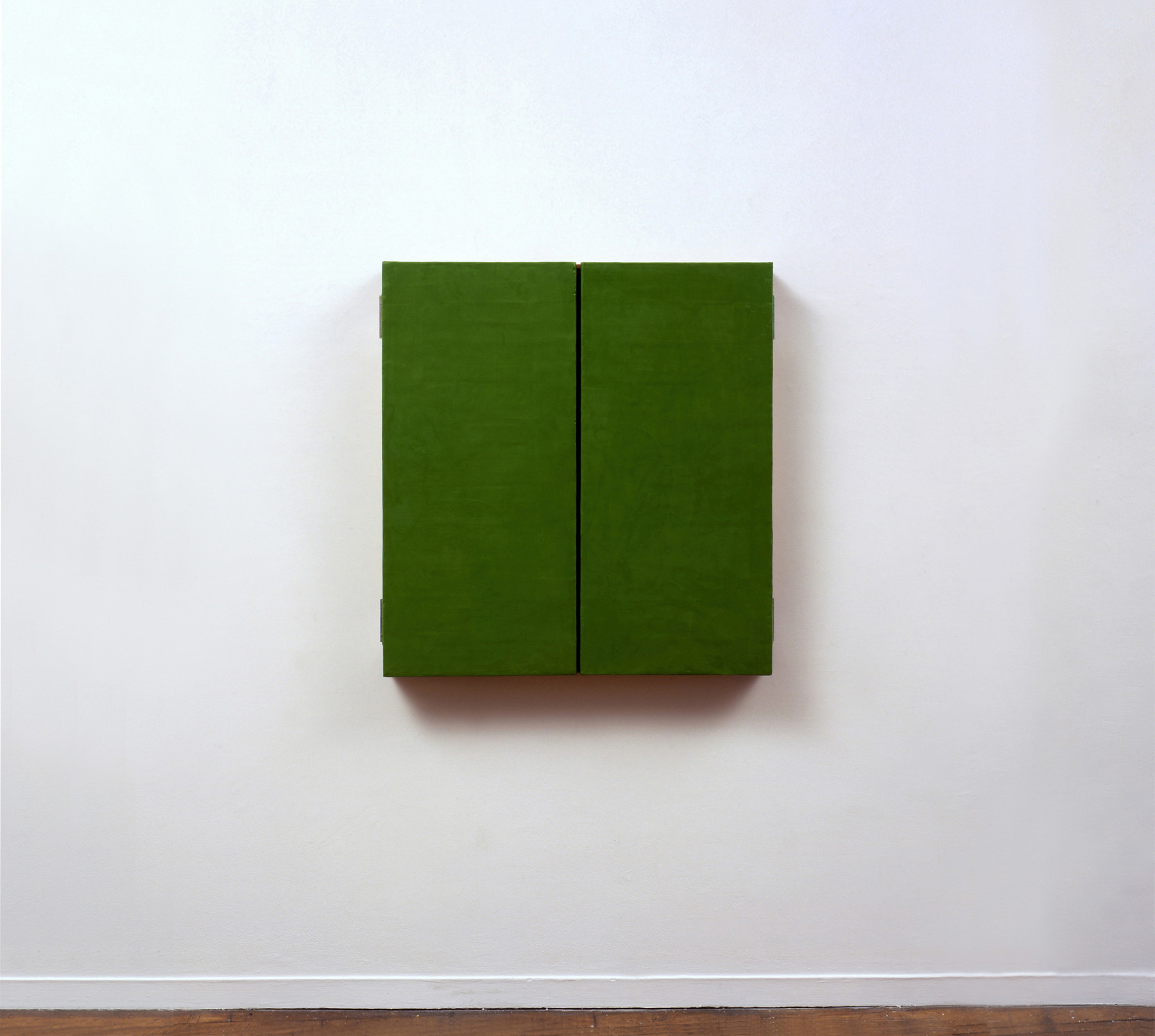 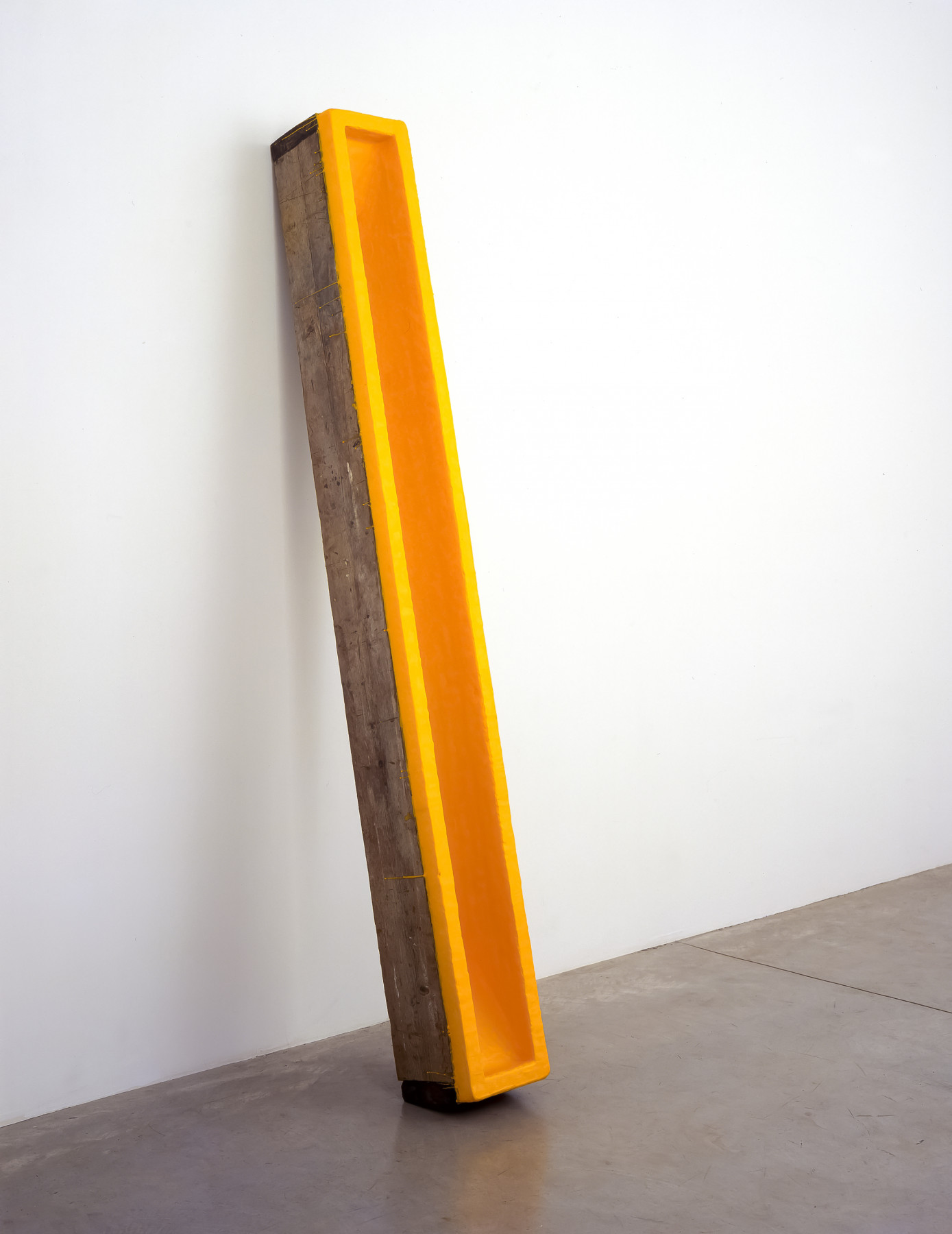 Girardoni’s use of wax, influenced by Jasper John’s paintings with encaustic — such as Flag and Target — and related to Brice Marden’s use of the material in his opaque, monochrome pictures from the 1960s, ultimately led the artist to sculptural procedures: “Wax catalyzed the move away from ‘painting’ … The beeswax allowed me to ‘build’ color.” Girardoni prefers using wooden slats, boards, or parts of wooden beams as construction material, where traces of their use have been recorded. To this the artist applies the material color — pigmented wax. Through their ready-made character the artist instills a uniqueness and reference to life in the objects. At first glance, the works, which are oriented towards geometric forms and series, seem like minimalist art in the succession of Carl Andre, Sol LeWit and Donald Judd. The major difference in Girardoni’s works, however, is that they have an organic and human atmosphere, while the cubes, fences and plates, due to their industrial production, emanate coolness. (…) Even though Girardoni leaves both the inner and outer panels abstract, he is nevertheless concerned with a contemplative experience, and not solely with a matter-of- fact inventory of color, material, and structure. Joseph Beuys had attributed beeswax a symbolic-spiritual function, that of warmth and energy. These may also be experienced in Girardoni’s objects, paired with painterly, coloristic, and tactile qualities.