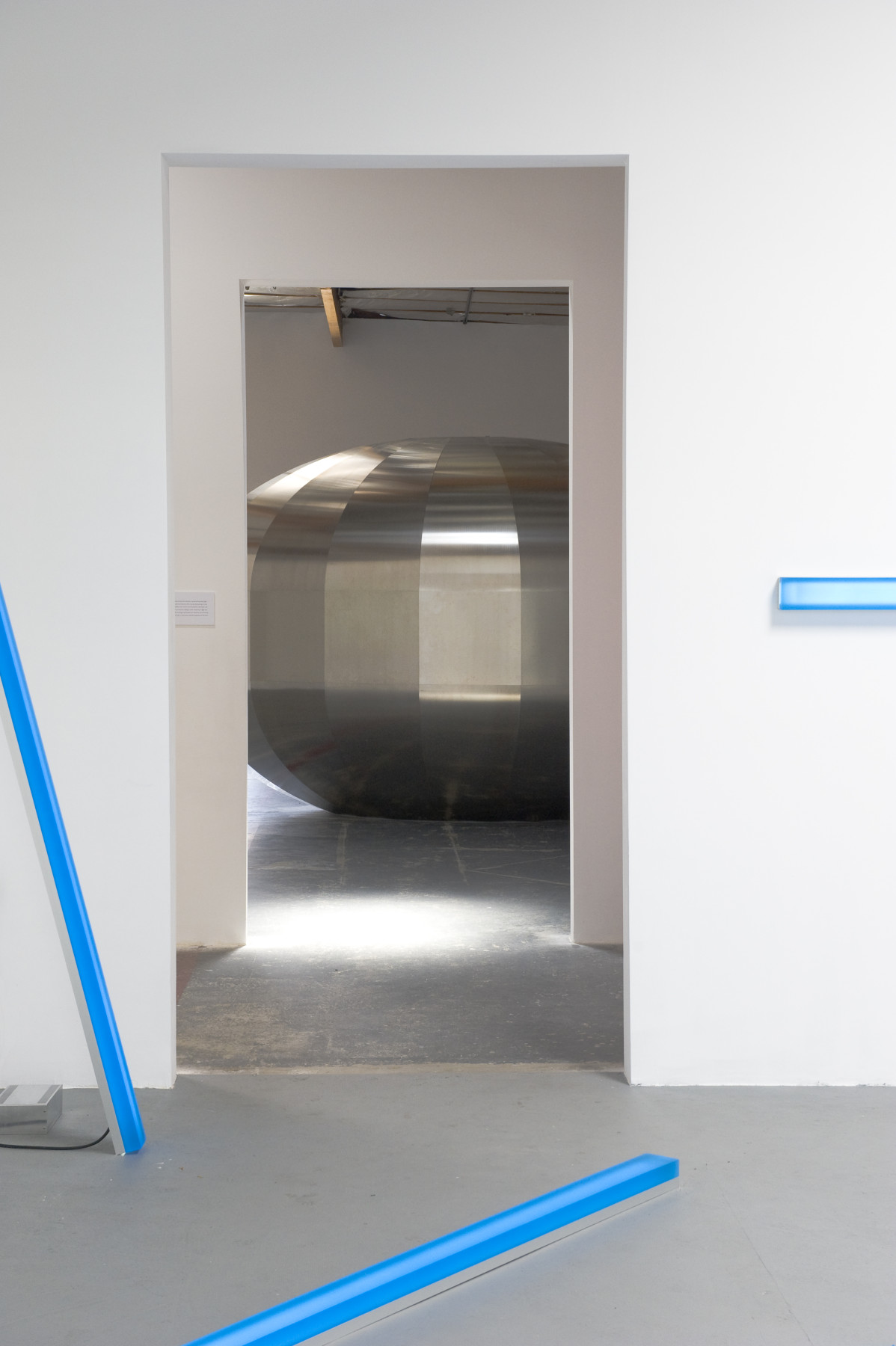 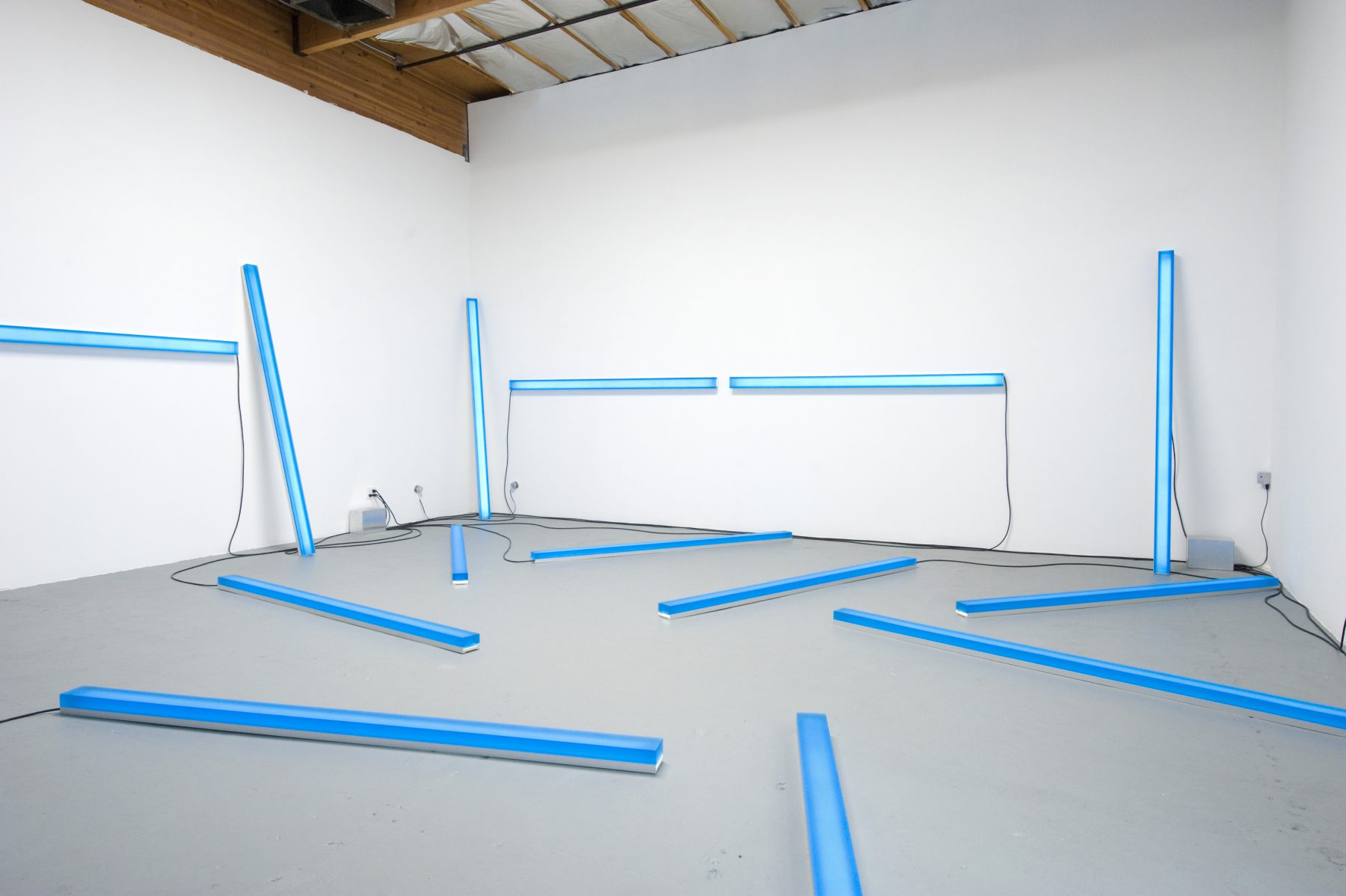 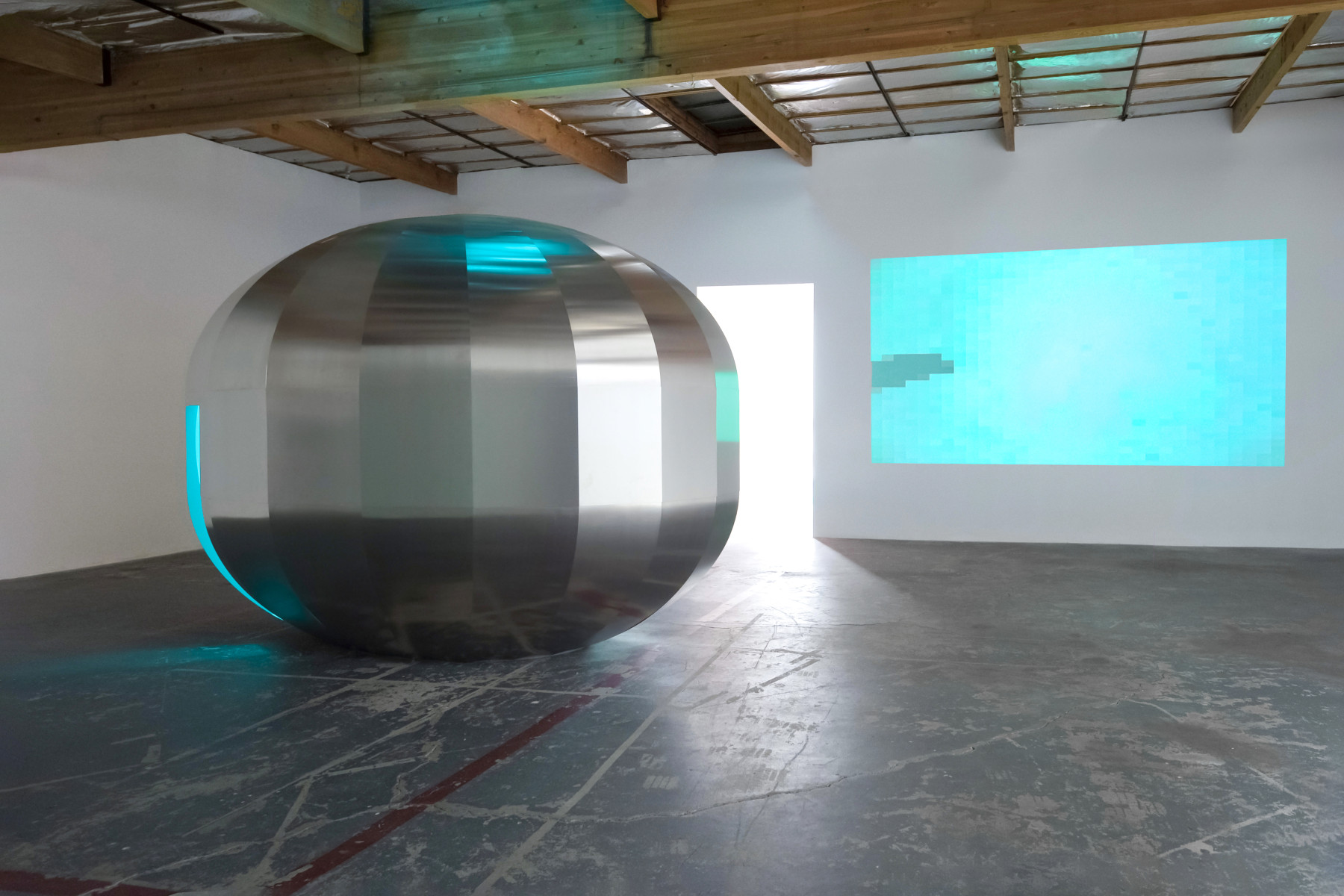 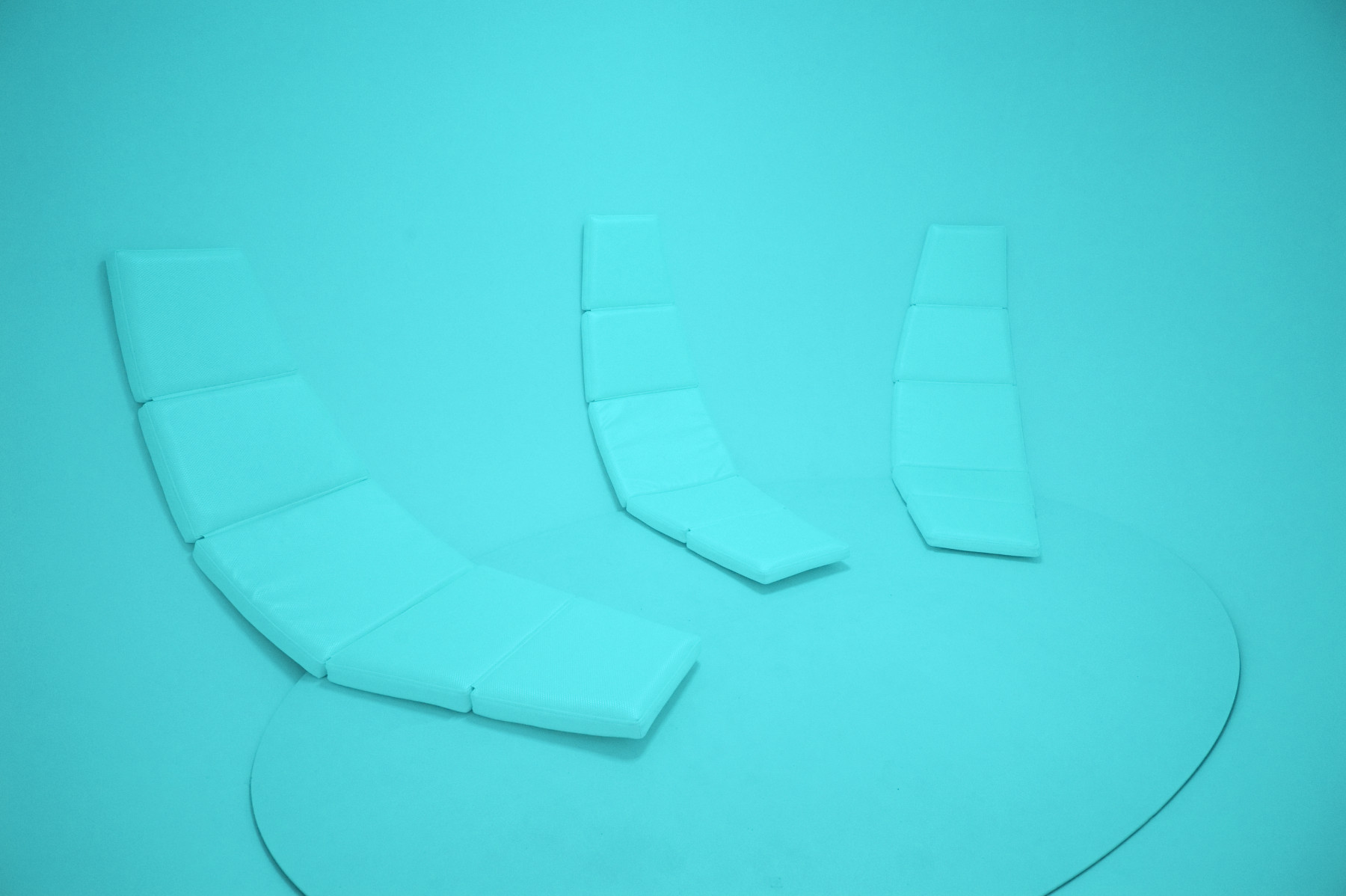 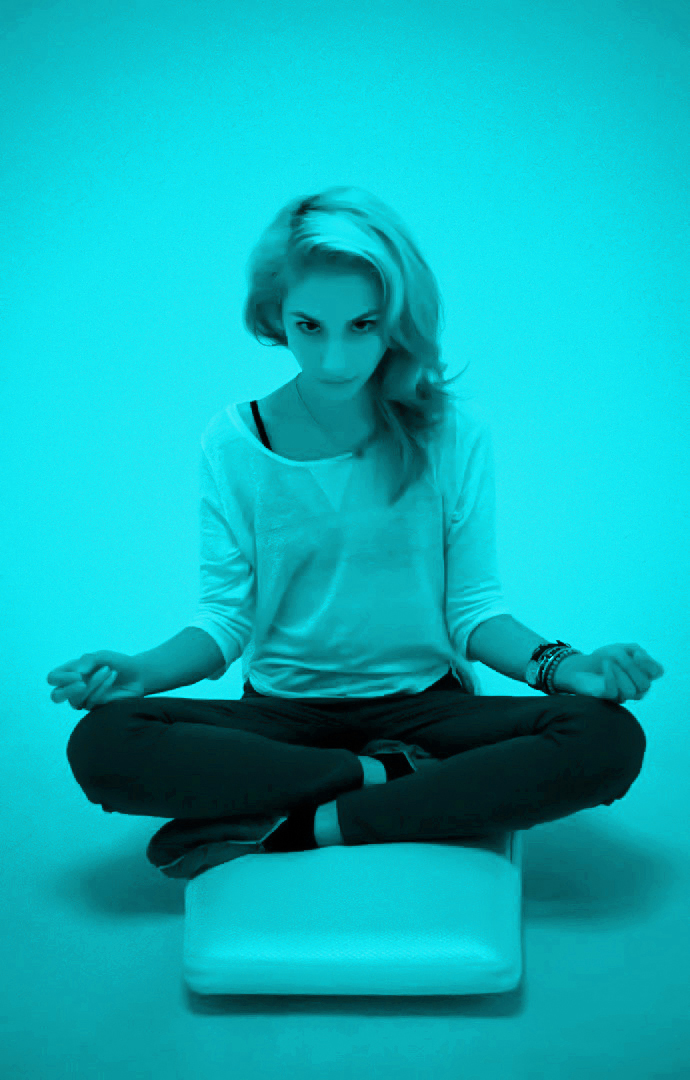 Installation view of Metaspace V2, an interactive light and sound sculpture that converts light to sound 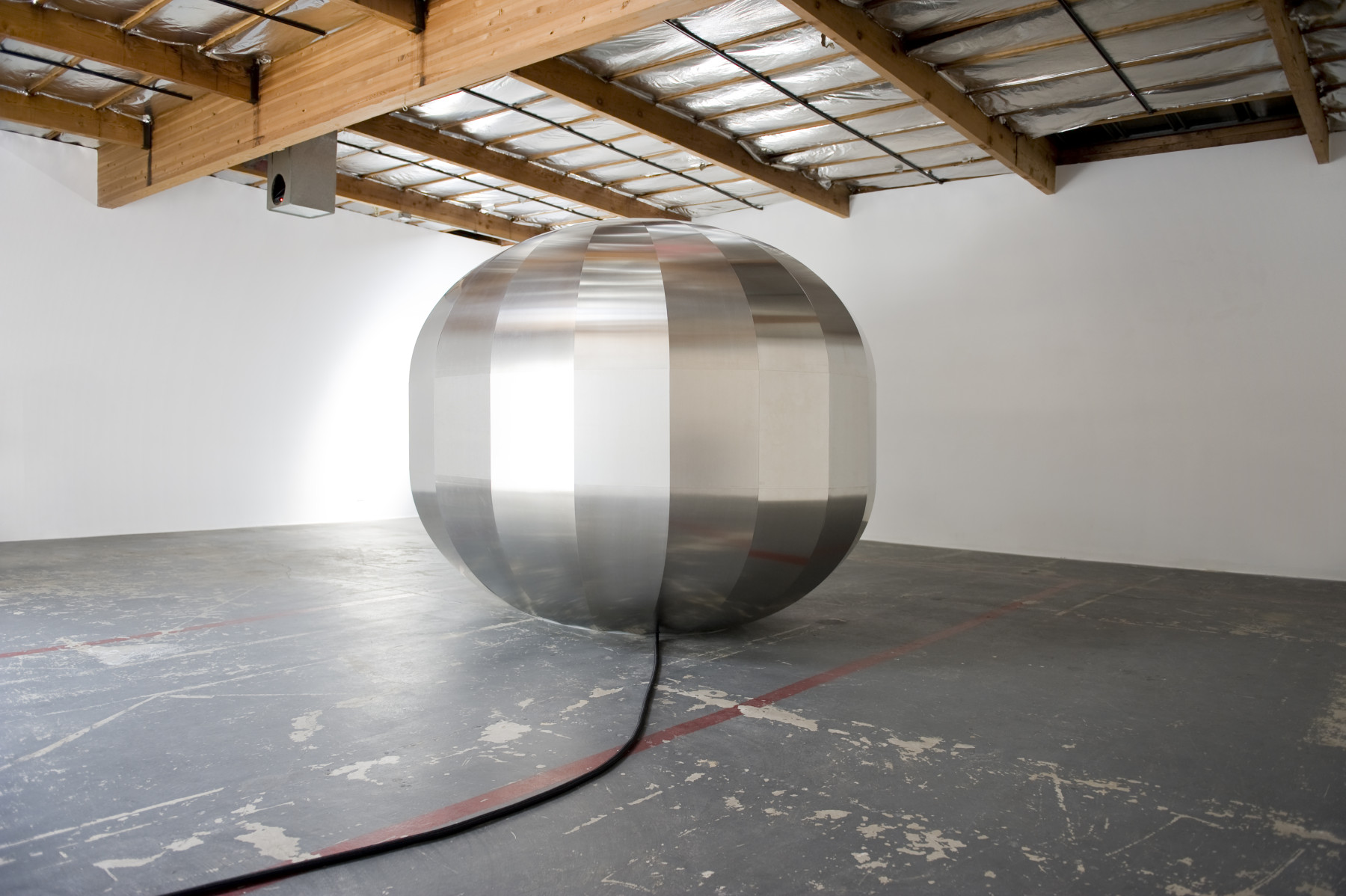 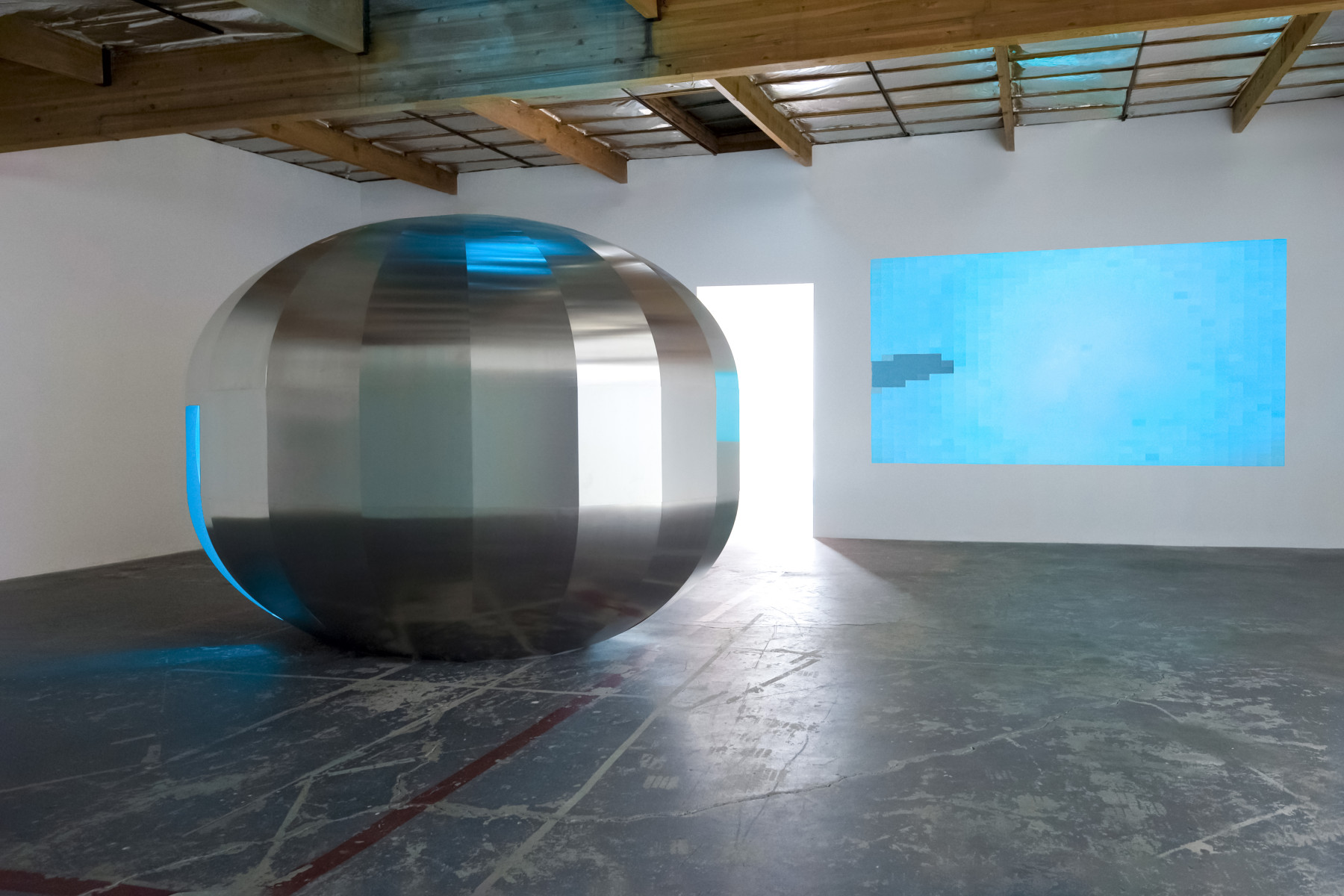 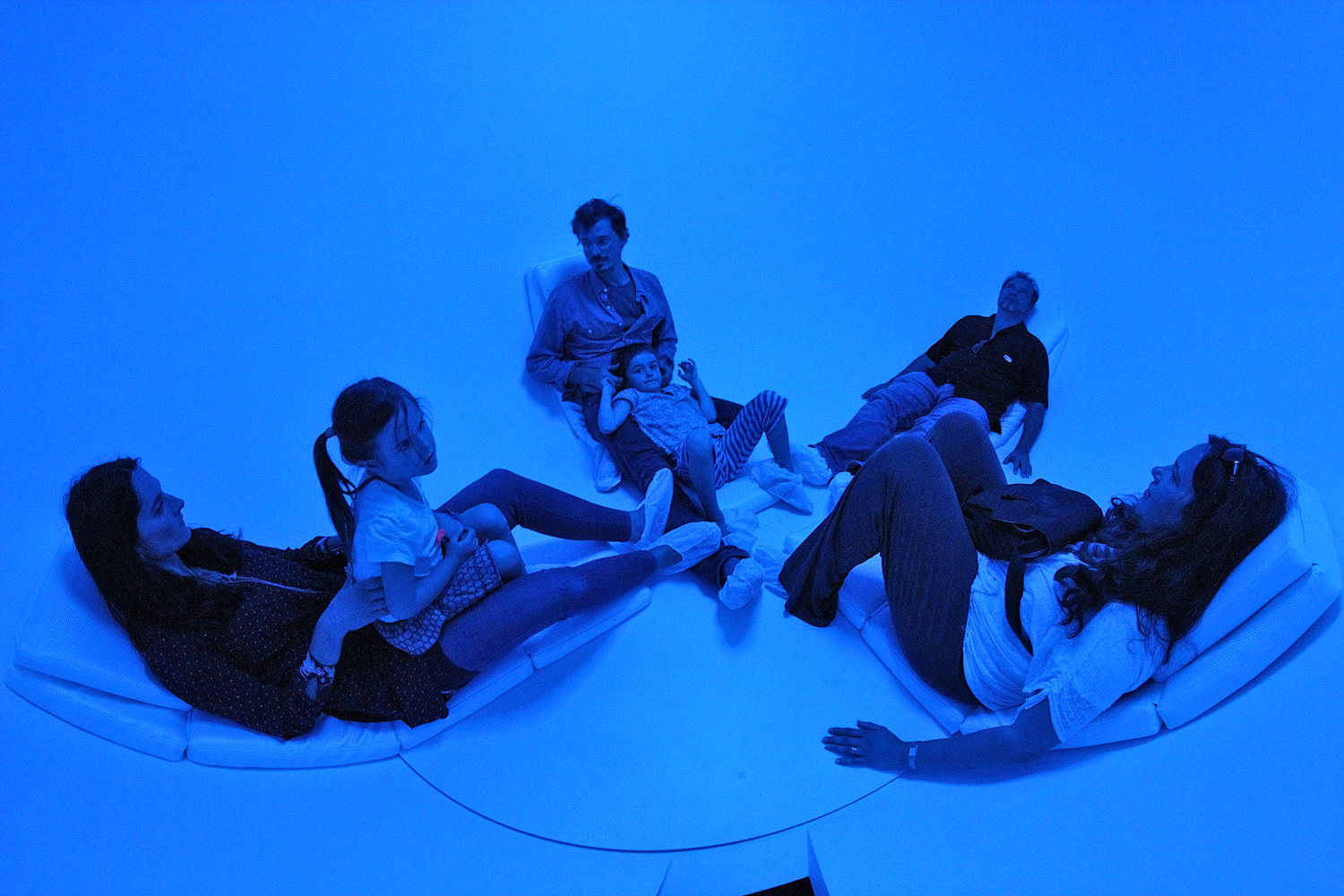 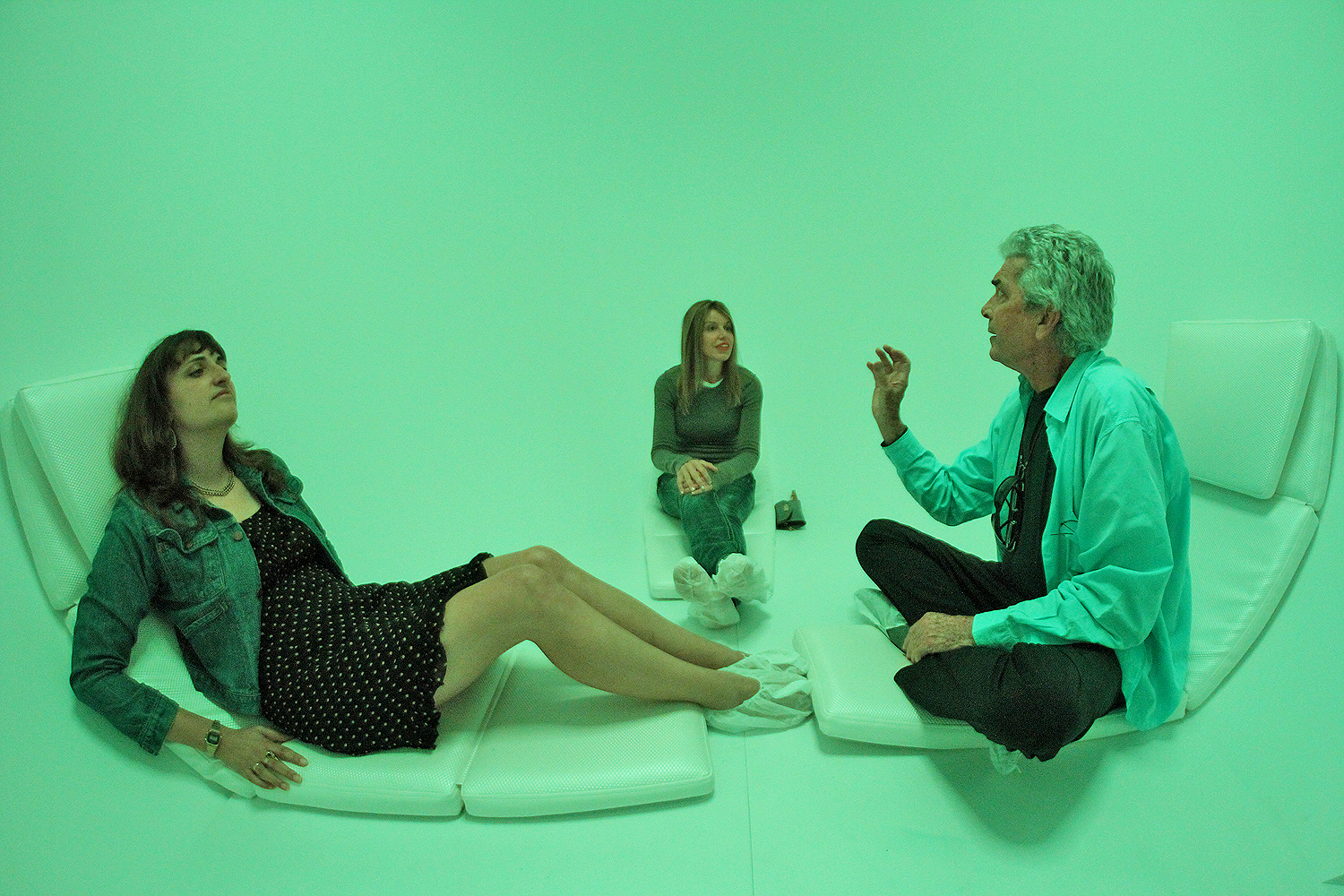 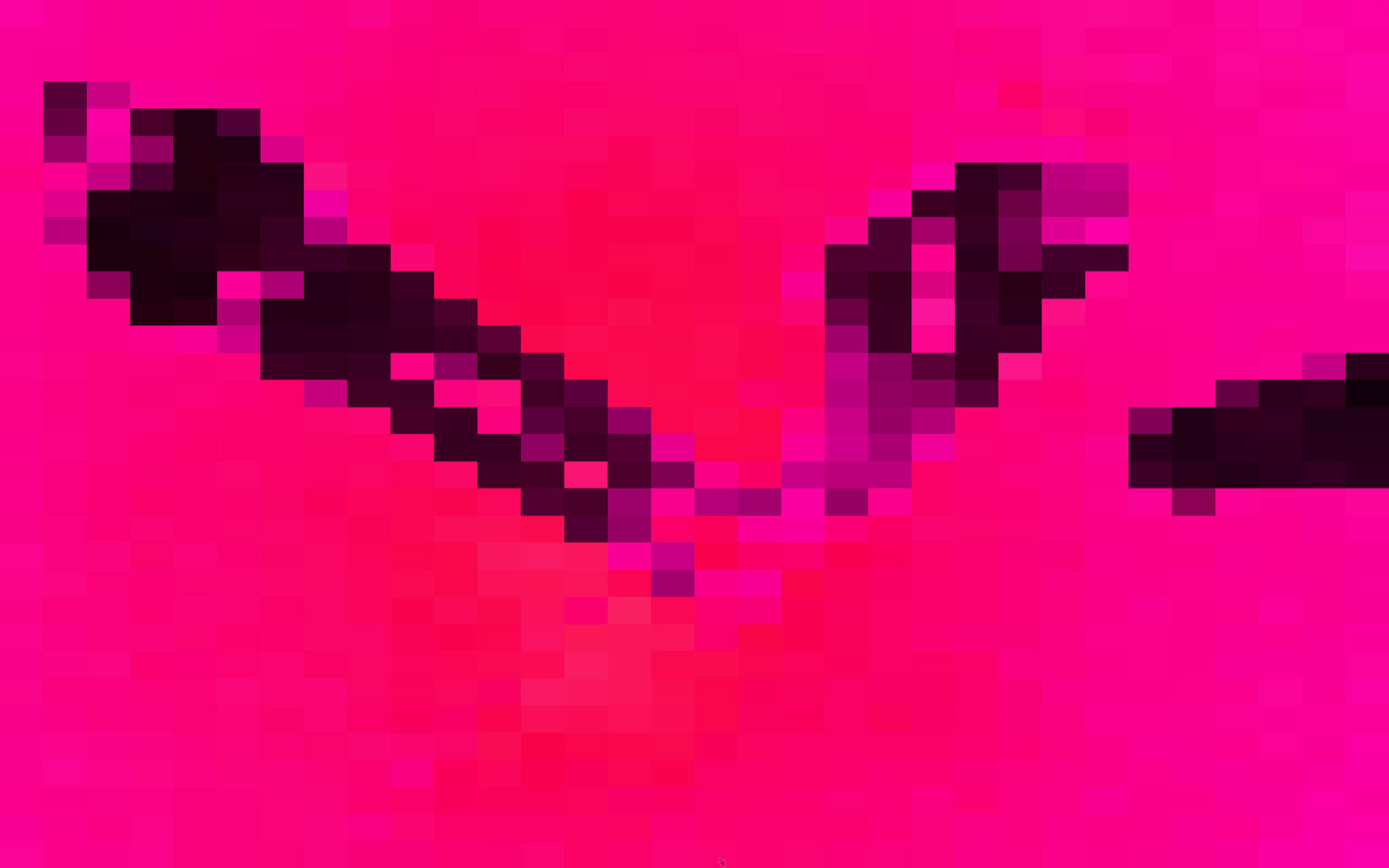 Our eyes, consisting of rod and cone cells in the retina allow conscious light perception and vision including color differentiation and the perception of depth. The human eye can distinguish about ten million colors. This seems impressive until you consider raptors, such as hawks and eagles that have the equivalent of night vision seeking the heat of their prey, who’s eyes are far superior to the human’s in every way.

The Perceptualists like Robert Irwin, James Turrell and Doug Wheeler have, for five decades created art that tests the eye’s limitations, strengthening our resolve to an 11th million spectrum of color and spatial perception. They have acted as a stern wrap on the knuckles like a strict schoolmaster trying to rally a student’s wandering focus. Girardoni takes a more sympathetic approach, through the transformation of light waves into sound waves in his light installations; turning the viewer’s ears into eyes, essentially augmenting the deficient human eye with a new partner.

The show consists of two interactive light and sound installations, inhabiting the east and west gallery spaces. Having developed a proprietary process of sonification in which he translates light into sound, Girardoni uses this technology to radically divergent ends. Dispersed throughout the daylit east gallery, Chromasonic Field-Blue/Green is a series of semi-translucent cast resin beams. They are illuminated from within by high frequency LED’s, projecting artificial light as well as allowing the surrounding natural light to pass through. The installation is outfitted with sensors calibrated to measure the specific color frequency emanating from the resin as well as the ambient light. The sensors drive a tone generator, which converts the light information to sound, essentially making light audible. These sensors also register the presence of the viewer moving through the space, which further modulates the sound. The boundaries between natural and digital phenomena are blurred in a field of luminous sound.

In the west gallery, Metaspace V2 is a monumental sculpture in which visitors are invited to enter and participate in an immersive color-soundscape based on the frequencies captured by embedded sensors. As in Chromasonic Field-Blue/Green, the sensors respond to the presence of bodies, creating a feedback loop between visitor and work as the environment continually evolves. A raw aluminum shell provides the framework for the sculpture’s seamless interior, the curvilinear form scattering the colored light inside. Girardoni’s Spectro-Sonic Refrequencers convert the light waves provided by a lens at the top of the sculpture into sound vibrations that shift as the light conditions change, which is also affected by movement within the space. Metaspace V2 is a space about space. It challenges our understanding of space and perception, questioning the border between the organic and the artificial in our increasingly technologically dominated existence.

Girardoni was driven to rigorously investigate these ideas in his work after traveling to West Africa. The following is an excerpt from the artist’s essay in a forthcoming publication Time Space Existence, from GAAP/Cornerhouse Books.

Coming back from Mali, I was continually reminded how our culture is saturated by digital systems. We use our phone’s intelligence to get us to the right place. That alone, has shifted how we understand and read our environment. The algorithm behind Google searches detects behavioral patterns, the sum of which yields a digital identity that knows more about us than our friends; or worse, more than we know about ourselves. We make decisions based on information provided by algorithms. My focus on the interaction of light and material brought me to the idea of reality augmentation in art. With the use of sensors and tone generators, I could use an algorithm to make light audible and push the whole paradigm of phenomenological art into the current context. If we are experiencing a work by James Turrell or Robert Irwin, for example, we encounter perception in its purest form. We experience ourselves sensing. Even now, artists like Olafur Eliasson work with perception as the medium itself. The whole history of art culminates there. As with the “death of painting,” however, there is no end. The evolution, and this is where we break with history, is that we are now occupying a cultural condition in which we are not the only ones sensing. Artificial perception extends our own sensory apparatus at large and creates a new reality. An environment that we sense while it also senses us, and then changes as a result, heralds the end of the supremacy of our perception. This is the new now. 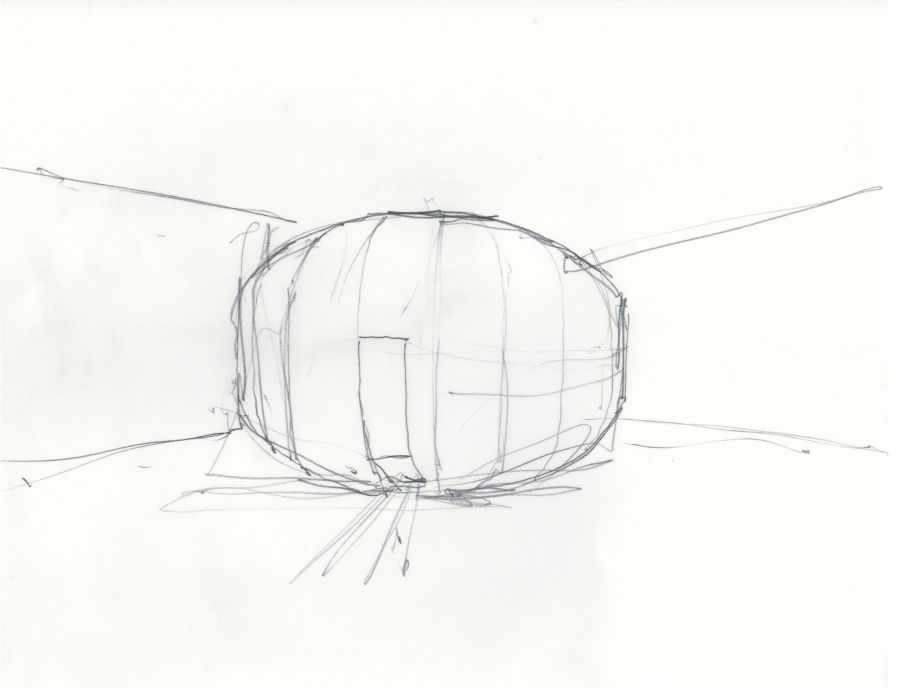 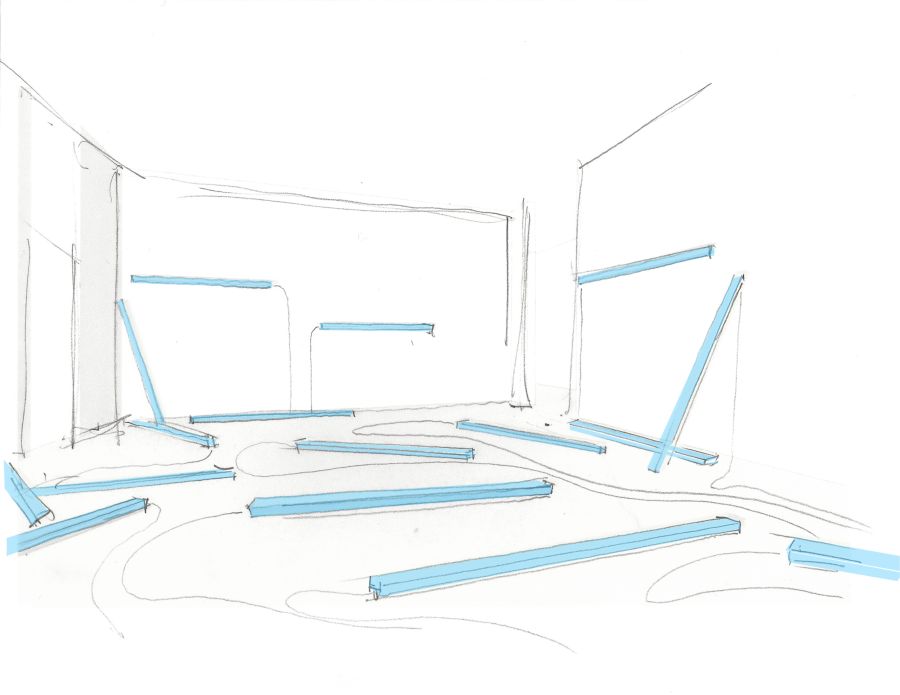 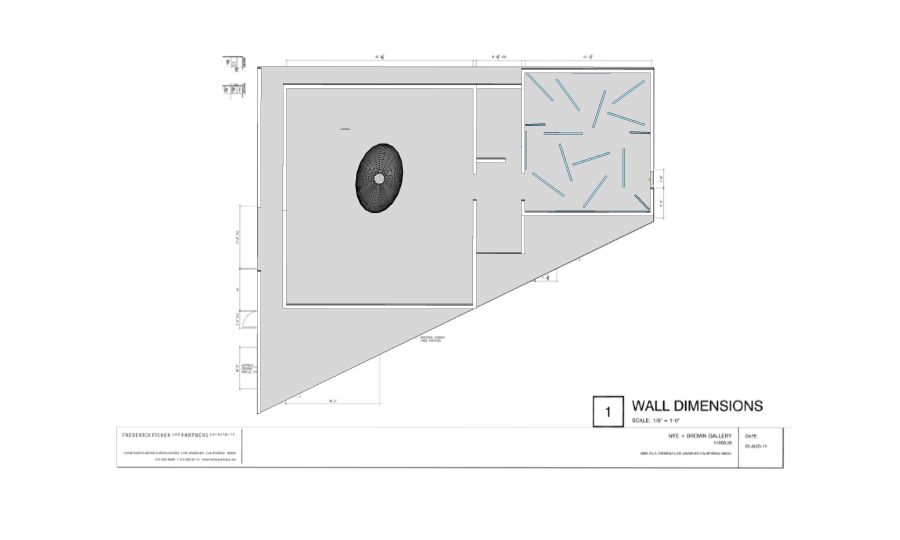 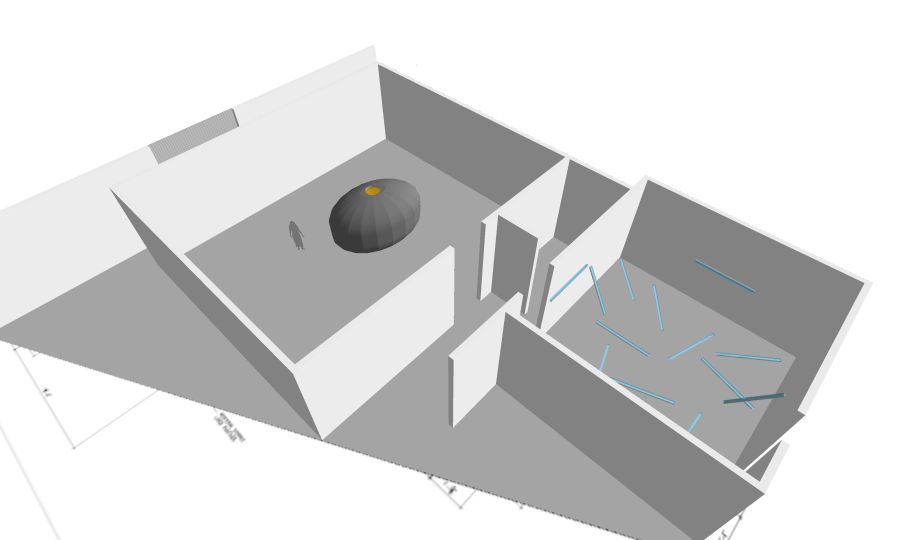 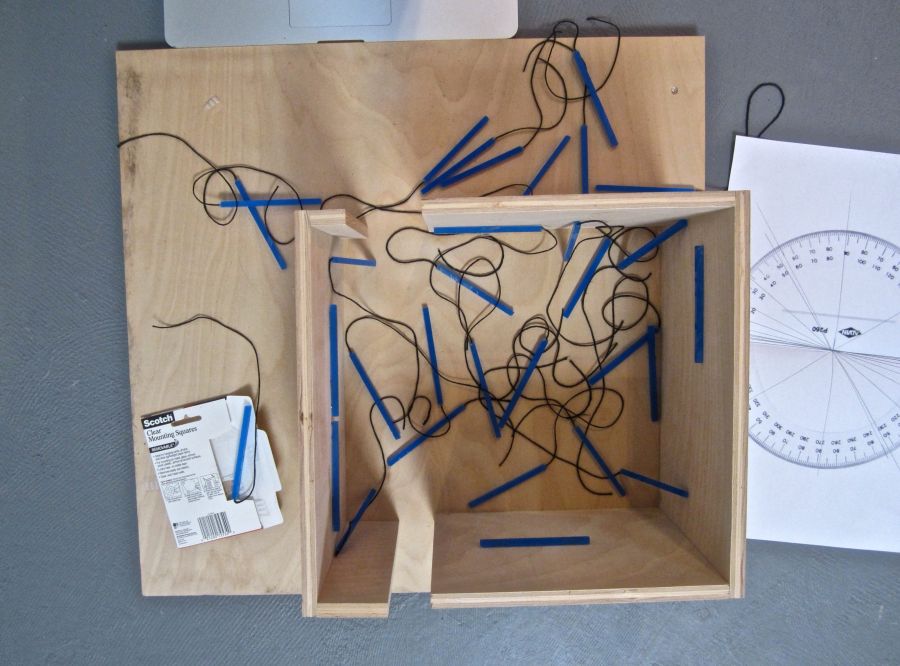 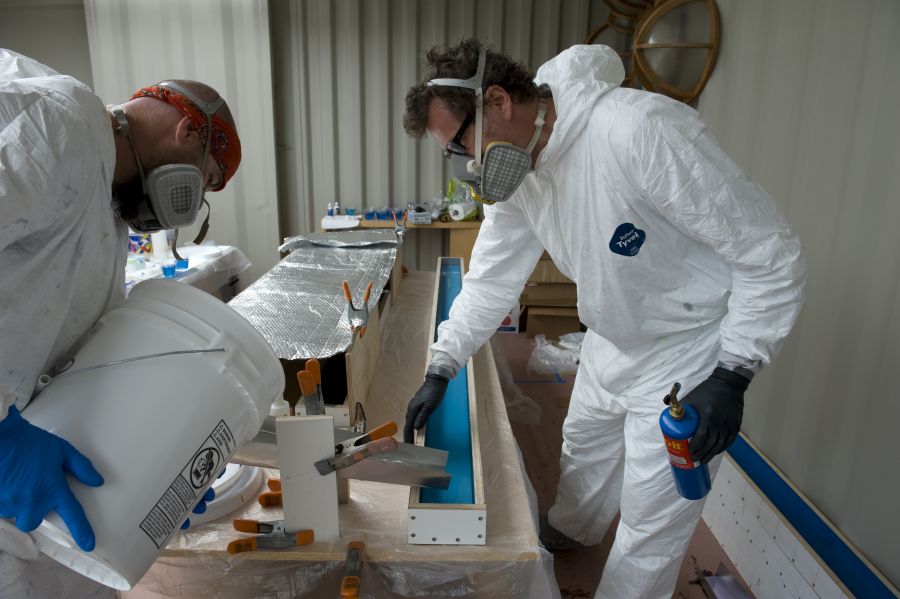 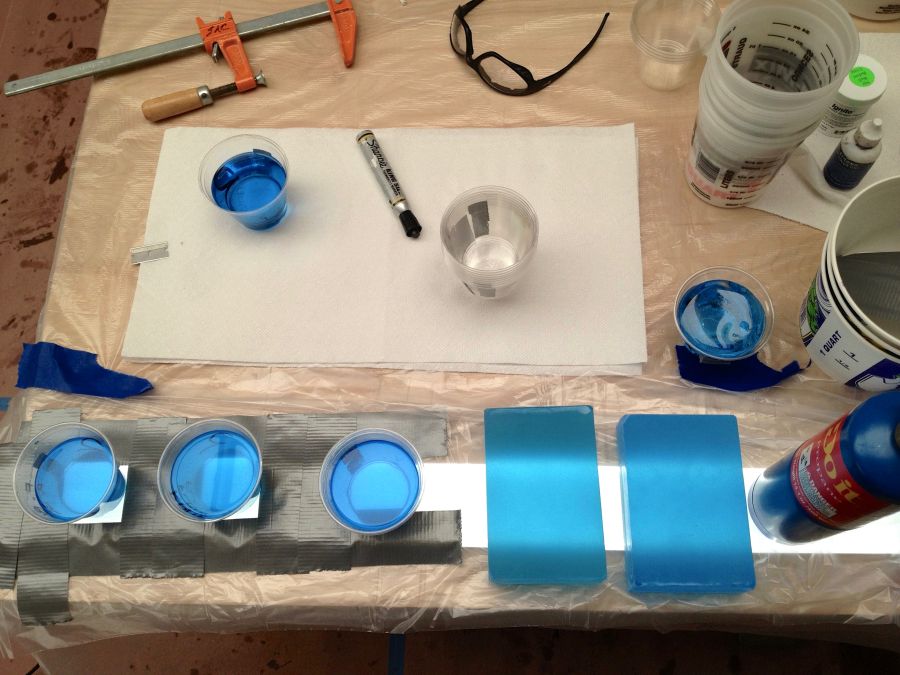 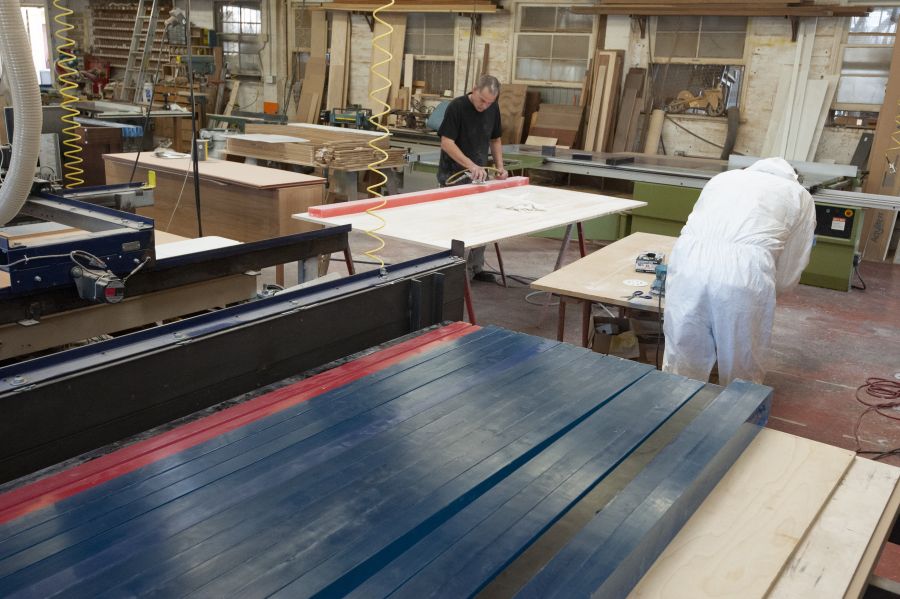 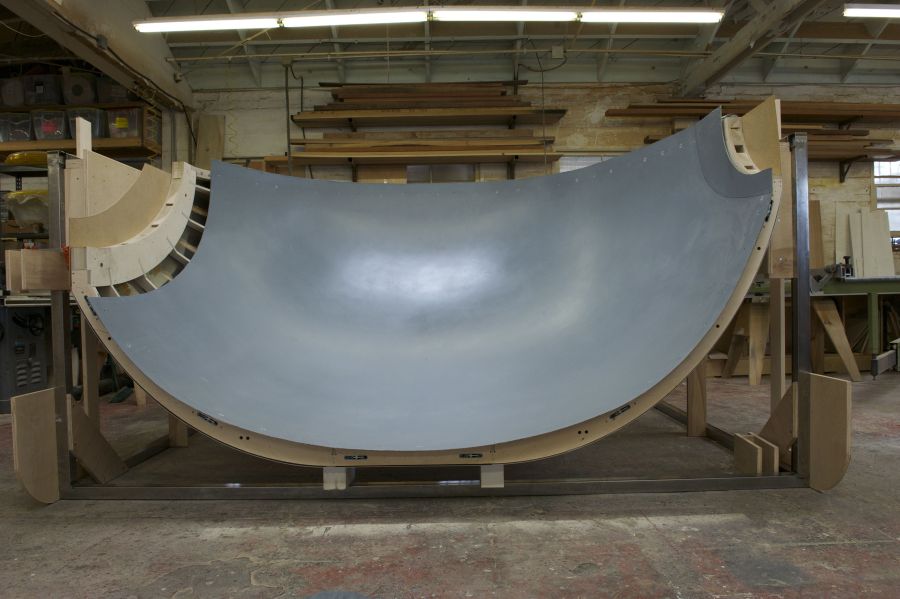 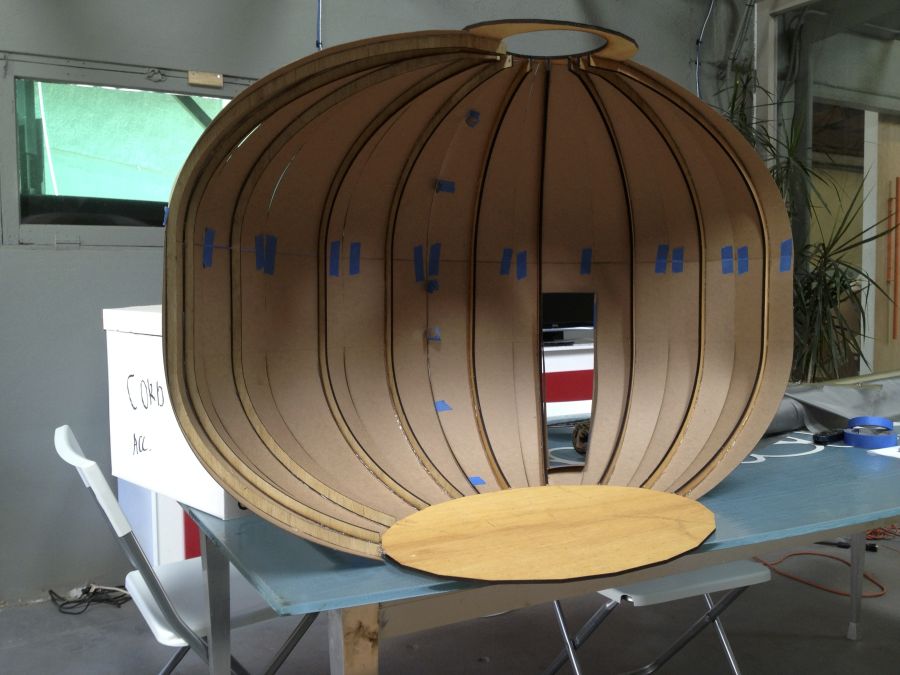 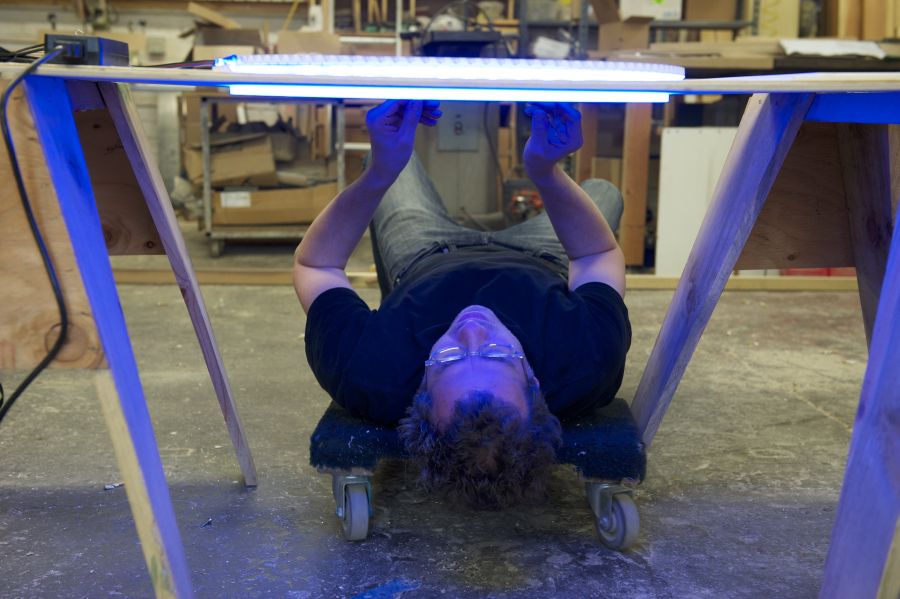